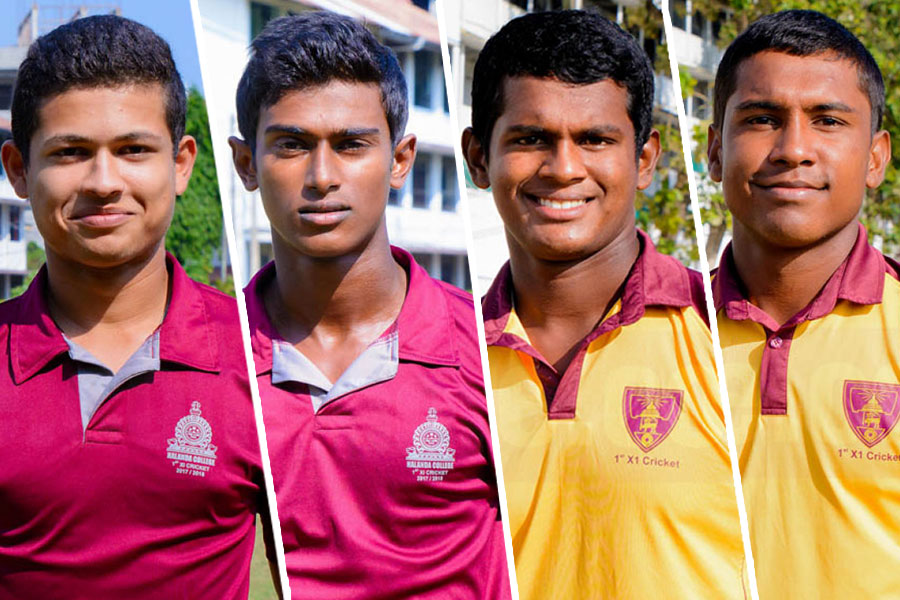 Nalanda College comes to the Sinhalese Sports Club (SSC), on the 3rd and 4th of March for the 89th Battle of the Maroons, holding a slight edge over arch rivals Ananda College, as they aim to end a 65 year wait for the Dr. N.M Perera Memorial Challenge Trophy.

Blast from the Past

Over the years, Ananda College have managed a dozen wins in this annual encounter while Nalanda College are sitting way behind on 6 wins in the series. 2003 was the final year there was a result in this encounter as Ananda College were victorious under the captaincy of D. Kularathna.

Nalanda College have not tasted victory for 65 years, as their last win came way back in 1953 under the leadership of W.W. Silva.

Ananda College is the team to register the highest total at this encounter, scoring 329 in the year 2006.

Thilina Kandamby’s 144 stands as the highest score for an Ananda batsman while Shantha Kalavitigoda’s 149 for Nalanda stands as the record for the highest individual score in the encounter. Aruna Ranasinghe’s figures of 8 for 39 in the year 1975 stands up to date as the best bowling figures.

Many legends have been produced by both schools, however, World Cup winning captain, Anandian Arjuna Ranathunga’s name stands out from the rest alongside that of Nalanda’s Mahela Jayawardene.

89th Battle of the Maroons to take centre stage

The Battle of the Maroons is set to take centre stage for the..

Ananda College have not had the best of seasons, only managing 3 outright wins and 5 first innings wins, however, the team lead by Ashel Sigera will be hoping to put the season’s form behind them as they aim to retain the Dr. N.M Perera Memorial Challenge trophy.

Vice-captain Lahiru Aththanayake has provided vital support to captain Sigera, scoring the bulk of the runs, with 560 to his name. Experienced campaigner Dushan Hettige has been phenomenal with the bat as well, scoring 540 runs this season and along with the other lads will surely be hoping to make this a big match to remember.

Asel Sigera has not only been in fine form with bat, but with ball in hand as well as he has 50 scalps to his name to go with the 492 runs he has notched up this season.

The team lead by Man of the Match and Best batsman from the 88th Battle of the Maroons, Lakshitha Rasanjana, have had a decent season compared to their rivals with 4 outright wins and 7 first innings wins in total.

Rasanjana’s supreme form with the bat has seen him making 655 runs to lead the Nalandian batting line-up. Meanwhile Suhanga Wijewardena too has had a fine season, scoring 613 runs in 19 matches.

Legspinner Kaveesha Tharusha and fresher, Chamindu Wijesinghe have been the pick of the bowlers for Nalanda with 58 and 48 wickets each, and if they are to have any chance of getting out of their big match misery, the bowlers will undoubtedly have to put on a scintillating show.

The form of Nalanda College looks promising as they head into the 89th Battle of the Maroons, however, they will know that if they are to end their wait of 65 years, they will need a complete performance from both their batsman and bowlers. Having said that, both teams look equally matched and picking a winner seems a tough task, and if Ananda College put on a show, it would be a tougher task for Nalanda to get the much awaited win.

All the action from the 89th Battle of the Maroons will be brought to you live on ThePapare.com & Dialog MyTV.

Royal vs Trinity 125th cricket encounter ends in a draw

St Sebastian’s College – The talent mine from Moratuwa