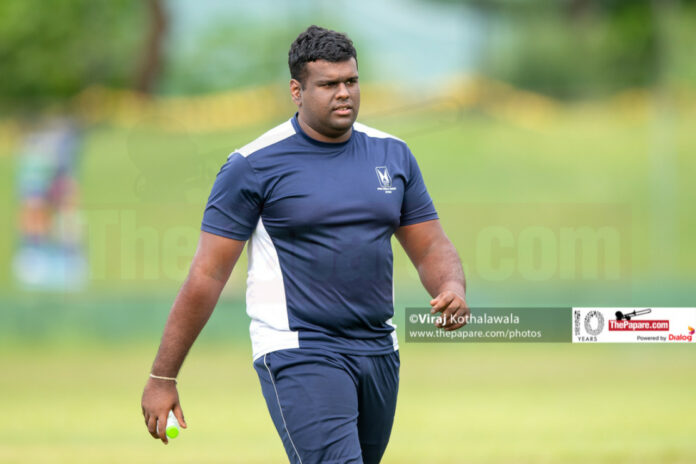 The final three league games of the 29th Singer-MCA Super Premier League 2022 were concluded today at different venues. Unfortunately, the games scheduled at Dombagoda and SSC had to be abandoned due to rain while John Keells Holdings recorded a win against Sampath Bank at the P. Sara Oval.

Initially scheduled to be played on the 11th of May, and then postponed twice due to the sudden island-wide curfew, the 3 games finally got underway. While two games had to be abandoned, the game between John Keells Holdings and Sampath Bank eventually started after a delay due to rain as a 36-over game.

All-rounder Sachitha Jayathilaka, batting at number 7 scored 53 runs in 56 balls to help JKH post a good score of 211 for 8 in 36 overs after being 101/5 in the 18th over. Skipper Ishan Jayaratne’s late cameo and valuable contributions from top-order batters Navod Paranavithana and Kavin Bandara too stood out for JKH.

Despite a good start for Sampath Bank’s run-chase from opener Minod Bhanuka, they couldn’t get going once he was dismissed for 26. The revision of the target from 211 in 36 overs to 199 in 33 overs at 14.1 overs due to another rain interruption when Sampath Bank were only 2 down for 61 runs made things even tougher for them.

In bowling, all-rounder Ashan Priyanjan grabbed 3 wickets for JKH while Jayathilaka continued to enjoy a good outing claiming 2 wickets with his leg-spin.

John Keells Holdings won by 50 runs on the DLS method

Match Abandoned due to rain (Both teams share points equally)

Match Abandoned due to rain (Both teams share points equally)

Today’s results made no change to the standings of the points table, hence securing a direct Semi-Final berth for table-toppers CDB Finance and Mode Engineering. The remaining 2 semifinalists will be decided after the 2 quarterfinal clashes involving the bottom 4 teams.