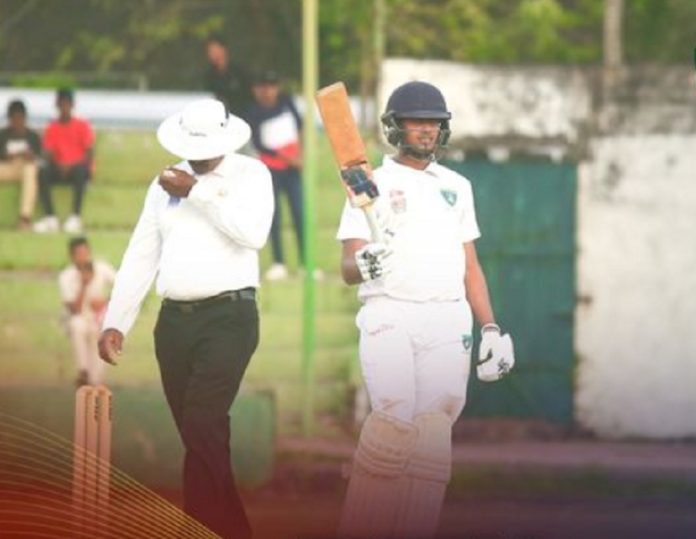 Sri Sumangala College managed to take major honors against Moratu Maha Vidyalaya in the 69th Battle of the Golds which ended in a draw today (29th December) at De Soysa International Cricket Stadium.

After been put in to bat first, the Moralians had a terrible start to their innings as they lost half of their side for just 79 runs by the 30th over. However, the tail-enders of the MMV batting lineup showed some resistance with the bat adding 44 more runs for the next 3 wickets as they put on 123 runs for 8 wickets at Lunch.

The resistance from Moratu Maha Vidyalaya came to an end as they lost the remaining 2 wickets just after the Lunch break. Vishva Lahiru and Vidusha Peiris were outstanding with the ball for Sumangala College as they snared 3 wickets each.

The lads from Panadura also got off to a shaky start with the bat losing 3 top-order wickets for 74 runs in 28 overs by the end of 2nd session’s play.

However, the skipper Tharana De Silva played a captain’s knock rescuing his team as Sri Sumangala College ended the day’s play at 173 for 6. De Silva top-scored with 50 runs while Duranka Silva supported him well at the other end scoring 36 runs.