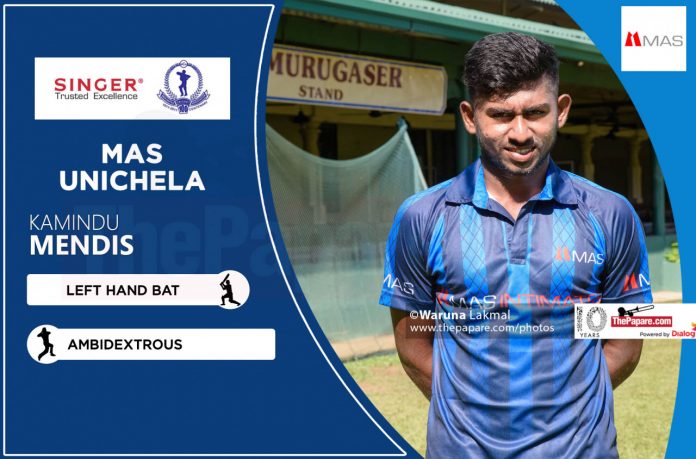 LB Finance lost wickets at regular intervals before some late fireworks from Chathuranga Kumara gave them some respectability. Kumara hit 41 off 17 balls while Anuk Fernando’s left-arm seamers yielded 3/09 for Unichela.

With this win, Unichela qualified as the second-placed team from their group along with Hayleys – who topped the group – and will meet DIMO in their semi-final. SLC Emerging will meet Hayleys in the other semi-final with both games to be played at the MCA on the 24th and 25th January respectively.

A complete all-round effort from DIMO ensured they finished top of their group when they defeated SLC Emerging by 35 runs.

Both teams had already qualified for the semi-finals with Sampath Bank losing both their matches, but they had all to play for to top their respective group.

Sangeeth Cooray’s 39 gave SLC Emerging a bit of hope during the run chase, but it was short-lived as they were bowled out for just 146 runs. Nisala Tharaka starred with the ball for DIMO with three scalps while Kavishka Anjula and Pulina Tharanga picked up two wickets apiece.