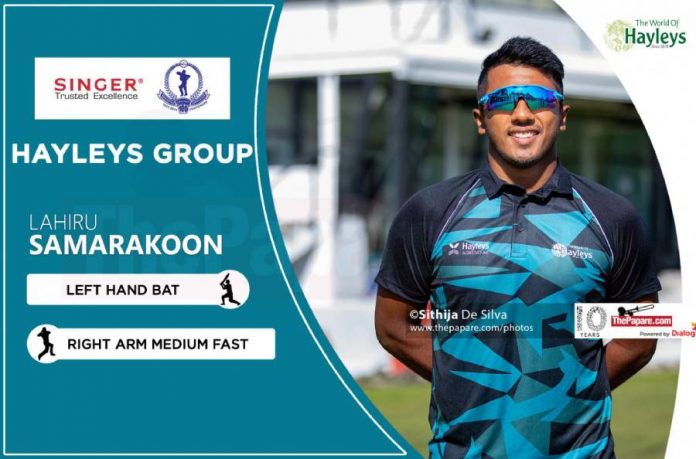 Hayleys became the third team to qualify for the semi-finals of the MCA Premier League T20 when they hunted down a daunting 198 against John Keells Holdings.


The tournament which was on hold in December due to bad weather, finally got underway with JKH batting first at the MCA grounds in Colombo today (22nd January).

It was some clean striking from the JKH batsmen from the first over as they posted a formidable 197/9 in their 20 overs with skipper Bhanuka Rajapaksha leading the way with a half-century.

Jehan Daniel added impetus to the innings down the order with a quick-fire half-century, while Chathuranga de Silva and Lahiru Samarakoon shared five wickets between them for Hayleys.

Hayleys were pegged back in their run chase with two early blows that included the key scalp of Avishka Fernando, but Samarakoon struck the ball to all parts of the ground in an explosive 65 runs to get the run chase back on track.

Ron Chandraguptha gave him good company with 33 runs, but it was left to the experienced duo of Kithuruwan Vithanage and Chathuranga de Silva to finish it off as they reminded unbeaten on 48* and 33* respectively.

Daniel captured two wickets for JKH but was taken to the cleaners late in the innings as he conceded 44 in his quota of four overs.

LB Finance are set to meet MAS Unichela in the last group stage game tomorrow(23), with the winner to qualify as the fourth team to the semi-finals.

Sri Lanka U19s dreams crushed by the Six off the penultimate...