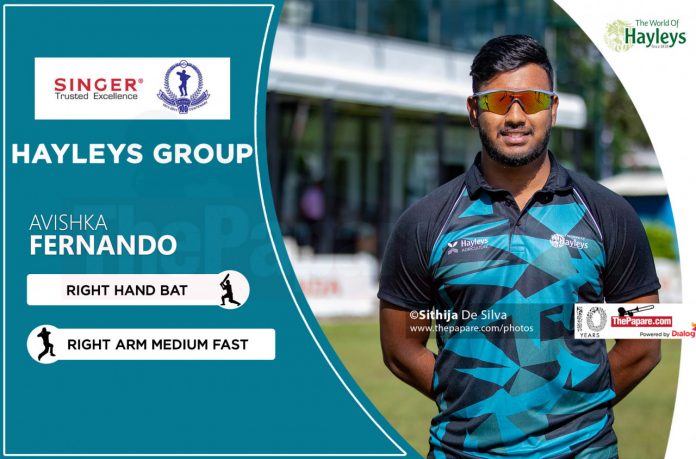 The MCA Premier T20 Tournament kicked off today(3) in Colombo, as DIMO and Hayleys recorded crucial wins at the SSC, while the encounter between JKH and LB Finance at the MCA ground was abandoned due to a wet outfield.

DIMO finally saw some light at the end of the tunnel as they recorded their first win of the 2019/20 season when they defeated a fancied Sampath Bank unit by 4 runs in a nail-biter.

After being asked to bat first, Hashan Dumindu’s dogged unbeaten half century helped them cross the hundred run mark after the game was reduced to a 14 over affair, due to the wet outfield that delayed the start of play.

None of the other batsmen managed to cope with a tidy Sampath Bank bowling Unit led by veteran Hasantha Fernando who captured 3/17. Nuwanidu Fernando gave him ideal support picking up 2/05 while Dasun Shanaka also picked up 2/21.

With an asking rate of under 8 runs per over, Sampath Bank seemed to have the game in the bag before quick bowler Nisala Tharaka had other ideas with his three wicket burst. DIMO finally managed to get their act together after a quiet Premier League and Knockout tournament, as they fielded brilliantly to defend their 108 runs with Ramesh Mendis also picking up 2 wickets.

Jeevan Mendis was the only shinning light for Sampath Bank as he made 34 runs before his dismissal turned the game in favor of DIMO.

MAS Unichela’s decision to win the toss and bat first backfired, as a whirlwind knock of 92 by young batting sensation Avishka Fernando took Hayleys to a comprehensive five wicket victory.

MAS Unichela posted a competitive 164/8 in their allotted 20 overs, with Wanindu Hasaranga top scoring with 39.

Left arm tweaker Chathuranga De Silva bowled impressively to capture 4/21 while he got good aid from quick bowler Lahiru Samarakoon who chipped in with two wickets.

Hayleys raced  home with 5 balls to spare as Fernando led the with a breathtaking half century, while Ron Chandraguptha and Chathuranga De Silva made useful 20’s.