Jude Suman was crowned the first ever ThePapare Most Popular Football Player of the Year 2021, after an intense 10 days of SMS voting.

The competition started off on 21st January with a Web Vote spanning five days. 81 Players were nominated for this from 17 clubs which competed in the Super League – Pre Season, Super League & represented Sri Lanka Senior and U23 National Teams.

The top 20 from the web vote made it into Phase 2, which was the SMS round. It was held from 29th January to 8th February. In that Waseem Razeek finished 4th and Marvin Hamilton finished in 5th place. 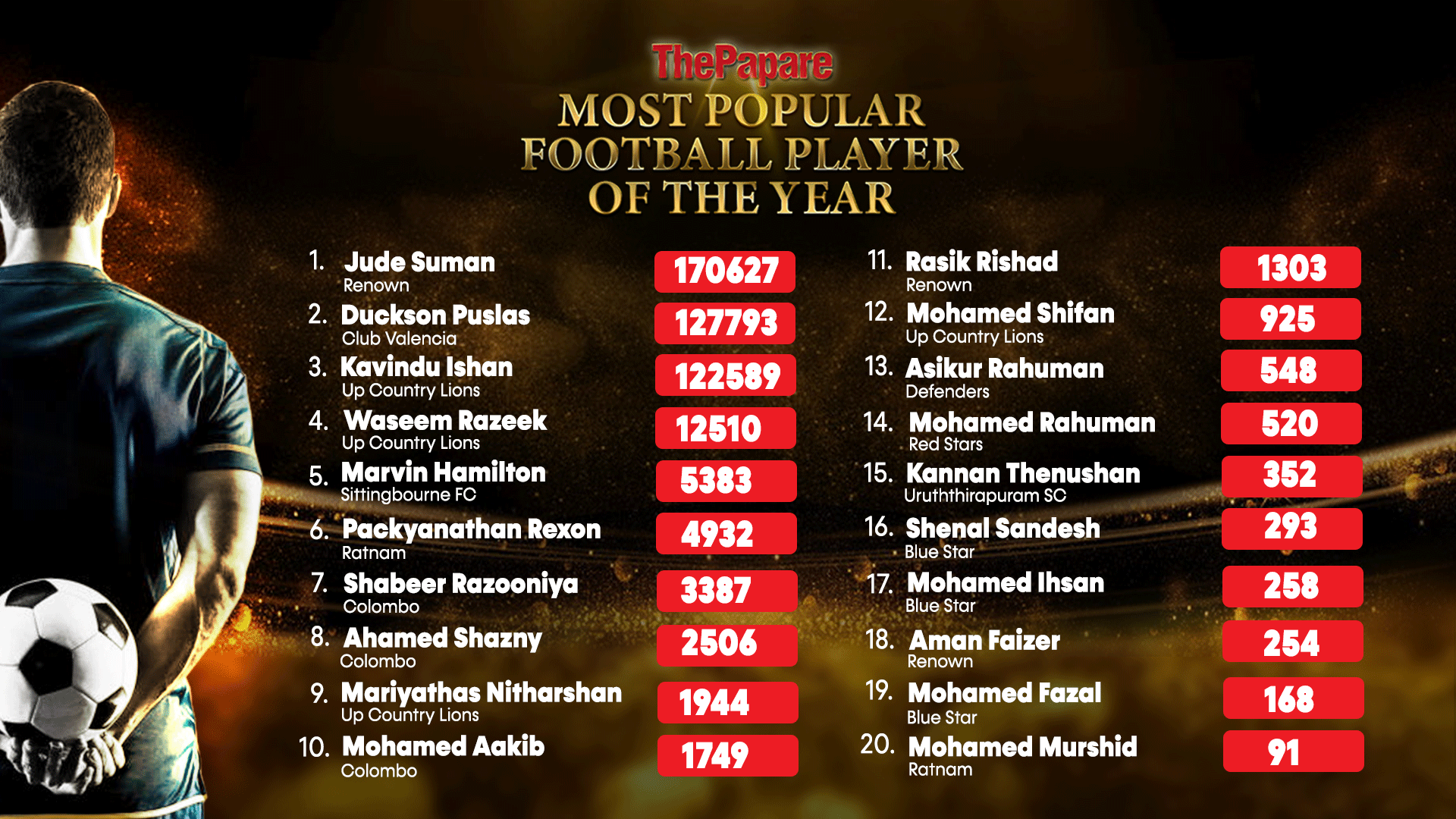