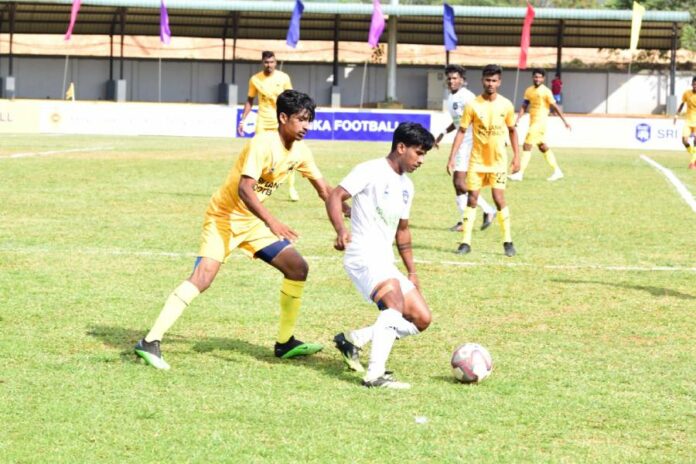 Eastern and Northern Provinces secured three points in matchweek 4 of the Ceylon Provincial League 2022 played for the Independence Trophy.

Northern created multiple chances in the early going, one of which an open goal with just the goalkeeper to beat, but poor finishing denied them of any goals. Both teams went into half goalless.

The 2nd half proved to be the same with Northern dominating Central Province. Northern finally got their goal through the inform Mariyathas Nitharshan, who scored a hat-trick in the previous matchweek. That goal proved to be enough as Northern secured their third consecutive win to strengthen the top spot in the points table.

Eastern Province dominated the first half pressing high up the pitch and playing the game in the opposition half. Their tactics paid dividends when Linus Khan scored an acrobatic goal from a long throw-in. Eastern did have a few chances but poor finishing denied them the goals in the first half.

The 2nd half was much the same as Uva was unable to get back into the game. Chathura Ponnamperuma did have a brilliant chance for Uva but his thumping effort bounced off the upright much to the despair of the home fans.

Eastern Province did have some nervy moments to negotiate in the final ten minutes with custodian Mohamed Murshid having to pull off a couple of brilliant saves.