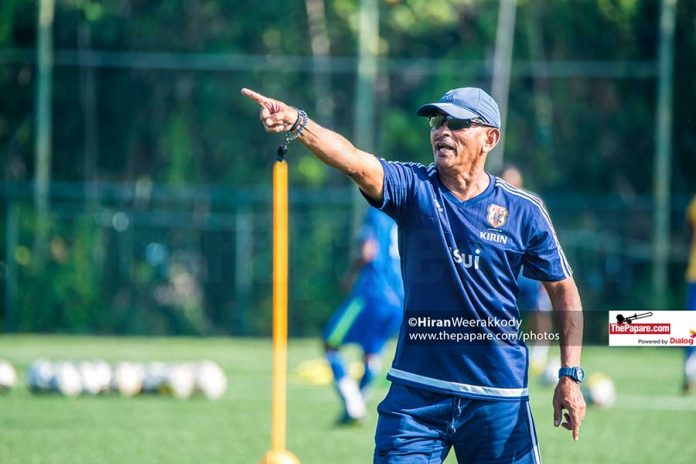 Apparently, none of the players from the triple champions Colombo FC and Renown SC, who were asked to participate for the trials, which started today (7th January), had arrived at the Beddagana Football Complex.

Speaking exclusively to ThePapare.com Nizam Packeer Ali had this to say;

“Some players from Colombo FC and Renown haven’t turned up (for trials). They said it was some issues regarding the pitch or something like that.

Both Colombo & Renown have several skilled and talented players who could make their way into the National U23 squad.

Another issue that has arisen is the unavailability of the Goalkeeper Coach Sampath Bandara.

“My goalkeeper trainer has also not come because he is having a problem with his leave from the Army (where he works). Hopefully I can have them as fast as possible,” added Packeer Ali.

“We need Sampath Bandara because we have got very young talented goalkeepers who are tall and strong who need to be well trained,” he added.