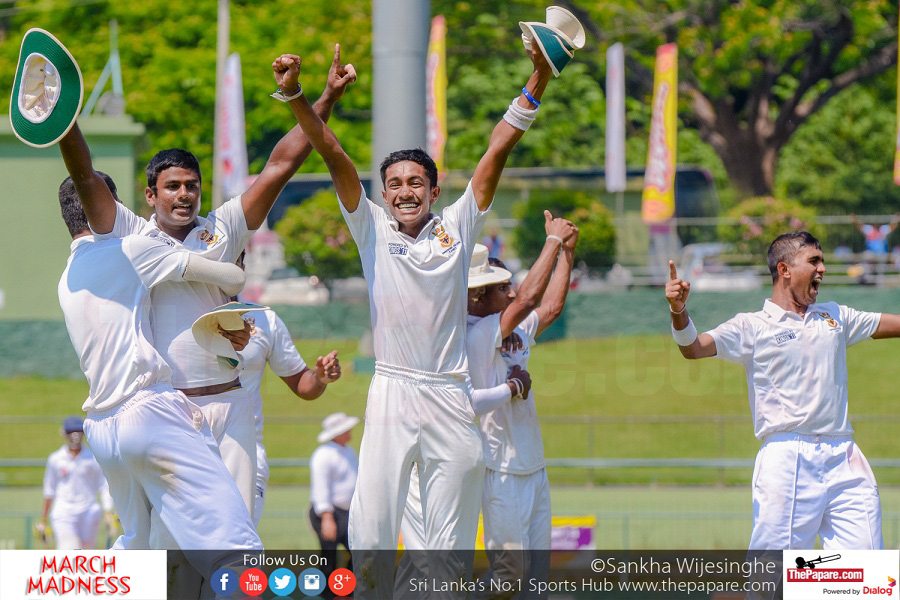 Kingswood College after recovering from 64 for 8 to go on to 167 runs bundled out Dharmaraja for 161 runs today at the end of the second session. To add to the wounds of the Rajans at the end of the day they were 102 for the loss of just one wicket.

The main tormentor for the Rajans was the Kingswood spinner Ganidu Kaushalya.  At the end of the innings he had figures of 7 for 62 runs. He bowled almost all the overs from one end while the other bowlers switched from the other side.

Niwantha Herath who was brilliant with the ball as well made a well played 40 runs for his team while Dulaj Bandara became the top scorer for the Rajans with 41 runs under his belt.

Kingswood started their second innings with a draw in sight but they took the opportunity to go after the bowling and score quick runs. They succeeded dominantly putting up 102 runs for the loss of just one wicket.

Yashod Kavinda made a quick 58 runs before he was caught behind by Niwantha Herath. Amila Jayaweera the other opener made an unbeaten 25 runs.  Vimukthi Wijesiriwardana was awarded the man of the man for rescuing the team from 64 for 8 and lifting them up single handedly to 167 runs.

This meant that the Battle of the Maroons ended in a draw with no side having an edge over the other team however Kingswood securing the ever important first innings win which meant they could brag about it till next year.

The one day will be played next Saturday the 25th March at Pallekalle where both teams have a chance of winning according to the way the two day preceded.