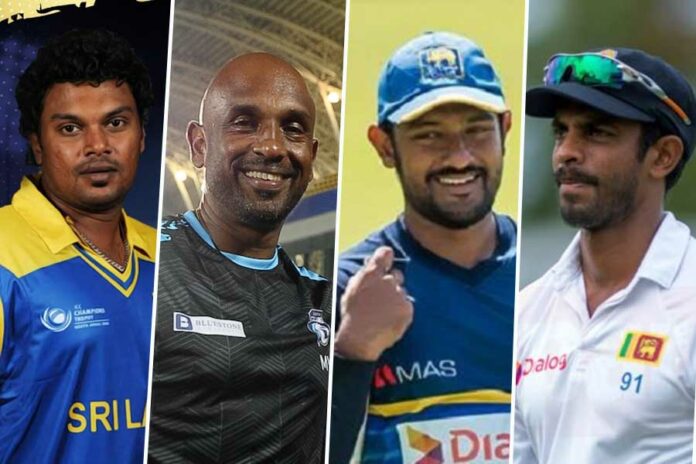 Jaffna Kings have announced their team’s coaching and supporting staff in preparation for the much-awaited second edition of Lanka Premier League (LPL) 2021.

Thilina Kandambi, the former National Cricketer who guided the Jaffna Franchise to its victory in 2020, is announced the ‘Head Coach’ of Jaffna Kings for the upcoming LPL. Earlier this year, Kandambi was appointed the Head Coach of Abu Dhabi T10 team ‘Bangla Tigers’.

Assistant Coach & Fast bowling Coach, Mario Villavarayan, is a talented fast-medium bowler whose first-class career spanned for 12 years. He was a part of the coaching staff of Sunrises Hyderabad during IPL and coached the Australian team Preston CC for two years in the sub-district and even qualified as an Australian Level 2 coach.

On his return in 2008, he was appointed by Sri Lanka Cricket as their Strength and Conditioning Coach where he handled the Sri Lanka A and Development Squads and also the senior squad. Villavarayan was also involved in coaching the Bangladesh men’s national cricket team for six years. He also held the dual role as fast bowling coach and fitness trainer coach of the Jaffna team at LPL 2020.

Batting Coach Jehan Mubarak is known for his graceful performance on the field. He made his debut against Bangladesh in 2002. He is a gifted Twenty20 batsman, off spinner, and even an excellent fielder. He is an ICC level 3 qualified coach who currently trains the cricket team of Royal College, Colombo.

Spin Coach Sachith Pathirana is a left-arm bowler and also a skilled all-rounder. Pathirana captained Sri Lanka’s U-19 side at the age of 17 in a one-day tri-series against England and Malaysia. A year later, he made a major impact in the 2008 U-19 World Cup, hitting 231 runs and taking 10 wickets. Given his strong first-class performances in the 2012-13 season, he was selected for Sri Lanka’s home ODI series against Bangladesh. Pathirana is currently functioning as Sri Lanka under-19 spin coach.

Vimukthi Deshapriya, the Fielding and Throw downs Coach, is an experienced trainer who accompanied the Jaffna team to its victory at last year’s LPL. Deshapriya was part of SSC for six years and has affiliations with many well-known sports clubs in the country. He has also trained the cricket team of the University of Sri Jayawardhanapura for 4 years. In 2020 he joined the Cricket Board for a series of coaching activities that further boosted his coaching career.

Sanjeewa Gamage is appointed the physiotherapist for Jaffna Kings and was also a part of the last year’s Jaffna team. G. G. T. Niroshan is appointed as the team’s Computer Analyst while Lakshman Gunasekara joins the team as Masseur.

With such an experienced staff leading the team to its fullest potential, the defending champions are sure to make this year’s LPL a memorable event for cricket lovers.