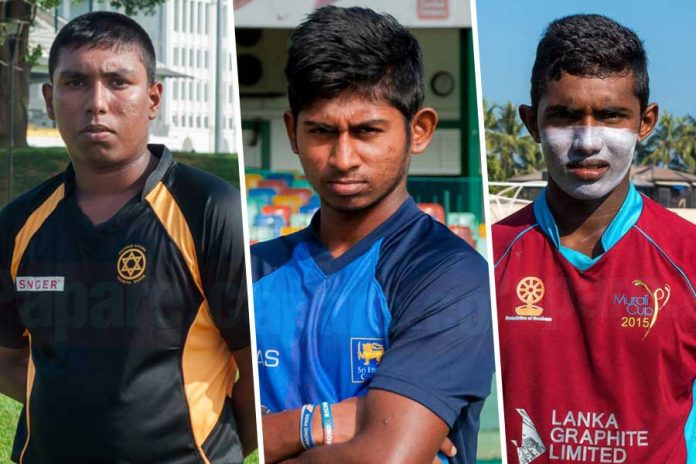 Mahinda College and Richmond College advanced to the semi-finals of the Singer Under 19 limited overs tournament, beating Prince of Wales and Trinity College in the quarter-finals concluded today.

Richmond skipper Dananjaya Lakshan invited the boys from Kandy to take first lease of the St. Anne’s College surface early in the day. The Trinity openers started off all-guns-blazing, scoring 44 for none in 5 overs. However, what followed was a dramatic collapse as they were knocked over for 125.

Left-arm spinner Avindu Theekshana was the chief destroyer for Richmond, shocking the Trinitians with an impressive 5 for 7. In reply, Richmond College had no pressure chasing the target as they reached it with relative ease.

The Cambrians won the toss and opted to bat first on a flat track at the S. Thomas’ College grounds in Mount Lavinia. The decision backfired as the lads from Moratuwa could not construct their innings to satisfaction and were dismissed for 145 inside their 50 overs. Subanu Rajapaksha was the man to do the damage for Mahinda College with 4 scalps, while Pasan Pethangoda chipped in with 3 wickets.

Chasing 146 to win, Hansika Welihinda was outstanding with the bat as he steered the lads from Mahinda to a convincing win with more than half of their overs remaining.

St. Peter’s College, S. Thomas’ College, Mahinda College and Richmond College are the four semi-finalists of the Singer U19 limited over tournament in 2017/18, while St. Joseph’s College and Trinity College will fight it out for the title in the two-day format.