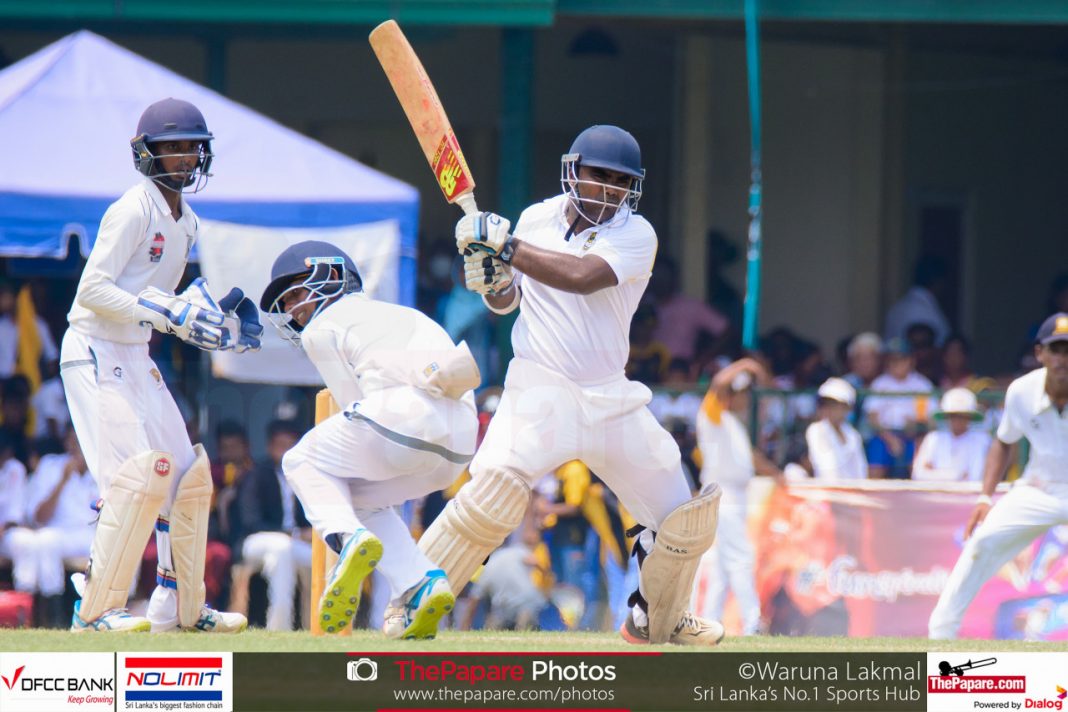 Three traditional games of the Schools ‘Under 19 Division One’ Tournament 2018/19 concluded today (14th September 2018), with also Wesley playing St. Anthony’s to start off the tournament fixtures.

D.S. Senanayake College, Colombo met Maliyadeva College, Kurunegala at Bandaragama public grounds for their traditional fixture, to kick-start the season for both the teams. Opting to bat first after winning the toss, Maliyadeva put up a rather decent show with the bat scoring 201 runs. Gayantha Wickramathanthri top scored with 45 runs, while Kaveen Bandara, Brian Karunanayake and Supun Sumanarathne made 39, 32 and 25 respectively.

It was definitely not the kind of start Maliyadeva would have fancied. They found Tharindu Navodya tough to handle as he picked up 4 four scalps, and Amitha Dabare picked up 2 wickets for 08 runs.

The D.S. Senanayake batsmen decided to go on the attack, trouncing Maliyadeva as they piled up 239 runs in just 43 over’s for the loss of 2 wickets by stumps on day 1. Abishek Liyanarachchi raced to 101, to start things in style.

Resuming on day 2 D.S. Senanayake batted another 17 over’s to further add another 130 runs more to their total, before declaring at 369/6 in 60 over’s. Muditha Lakshan made a brilliant 123. Senior campaigner Teron Baskeran also chipped in with a useful 46.

Maliyadeva’s woes continued yet again in the second innings as they were bundled out for 209 runs in 65.3 over’s. Ishanjaya Hettiarachchi scored a valiant 76 runs. Muditha once again grabbed the spotlight rubbing salt in to Maliyadeva’s wounds with 4 wickets for 53 runs.

D.S. Senanayake College chased down the 41-run target in just 6.5 over’s for the loss of 1 wicket.

The Singer Schools ‘Under 19 Division 1’ Cricket Tournament 2018/19 got underway yesterday (10th September), with…

Winning the toss the Thomians decided to bat first. Mishal Amoda stepped up with a heroic 122 and Gishanthika Jayaweera made 45 runs along with the rest of the team who only managed 126 runs collectively. Hence, St. Thomas’ Matara had to be contend with a first innings total of 248 runs in 77.2 over’s.

In reply, Dharmasoka College, Ambalangoda managed only 240 runs in their first innings, falling 8 runs short of a first innings victory. All of the batsman got off to good starts but failed to convert the scores into something big. Sasindu Malshan was the top scorer for Dharmasoka with 41, while Kavindu Nadeeshan and Dinuka Dilshan contributed with 39 and 34 respectively. Kavindu Ridmal was responsible the damage done for Dharmasoka, picking up 5 wickets for 41 runs.

With around 40 over’s to go in the day, St. Thomas’ Matara batsmen came out to enjoy some time in the middle. They added another 137 runs to their lead before the close of play. Sachintha Ranasinghe scored an unbeaten 59 while Kavindu Nadeeshan picked up 2 wickets for 48 runs.

Having been put in to bat first, Thurstan College, Colombo batted well to post a challenging 321 on the board in their first innings. Ranesh Silva, Bawantha Jayasinghe and Pruthiwi Tharakshaya scored half-centuries. Iranga Heshan was the pick of the bowlers for his 4 wickets for 64 runs, while Kasun Malinga picked up 2 wickets giving away 19 runs.

President’s College, Kotte suffered a woeful collapse as they were bowled out for 138. Sandaru Dias stood out with his skiddy left-arm leg spin picking up 6 wickets for 42 runs. Dinith Nelumdeniya was the highest scorer with 36.

Been put into follow-on, President’s College this time came back strongly to post a fighting 287 runs in their second innings. Thakshila Nirmal lead the batting with a well made 90, while Shashika Nirmal, Vikum Kalhara and Hashan Iranda all made half-centuries. It was again Sandaru Dias whom President’s College struggled against, as he picked up another fifer to get a match-bag of 11 wickets. Ayesh Harishchandra picked up 3 for 91, while Bawantha Jayasinghe took 2 wickets for 43 runs.

Wesley College, Colombo and St. Anthony’s College, Wattala marked the start of this year’s tournament fixtures, playing their ‘group D’ fixture at Campbell Park today (Day 1). Wesley won the toss and elected to bat first on their home grounds, and made 313 for the loss of 9 wickets at the close of play.

Two of their senior most players Movin Subasinghe and Thisuraka Akmeemana led the batting with 82 and 63 respectively. Brian Karunanayake is not out on 47 overnight. Pathum Vihanga was the pick of the bowlers as he finished the day with figures of 3/64.