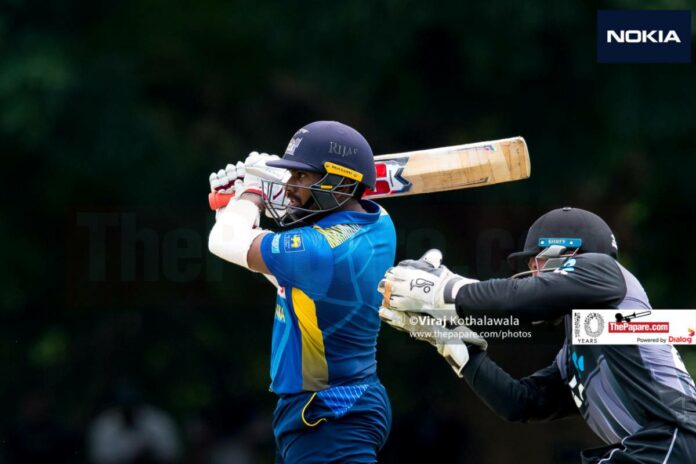 Rajapaksa informed Sri Lanka Cricket (SLC) of his intention to retire from International Cricket on the 5th of January, citing familial obligations. However, ThePapare.com also learned that he had major concerns regarding the new fitness standards set by Sri Lanka Cricket at the beginning of the year and that this played a major part in his decision to retire.

The southpaw’s decision was met with much dismay among the cricketing community, with fans campaigning for his to reconsider his decision.

At this point Minister Rajapaksa stepped in, writing to the batter, asking him to rethink his choice to step away from Internationals. The Minister also met with Rajapaksa at Temple Trees yesterday and the meeting seems to have gone well, with the player withdrawing his decision earlier today (13), as confirmed by SLC Secretary Mohan De Silva to Newsfirst.

According to The Morning LK, Rajapaksa has been given until the end of January to pass the necessary fitness tests (2km run in 8 minutes and 10 seconds & Skinfolds 70), wherein he will be available for selection.

Rajapaksa was handed a suspended sentence of a one-year ban and a fine of US$ 5,000 after an inquiry by Sri Lanka Cricket found that the player had breached the obligations of the Player Contract 2019/2020 while appearing in media interviews in which he discussed Sri Lanka Crickets fitness standards and criticized the approach by then coach Mickey Arthur last July.

However, since then, the big-hitting left-hander has met all required standards set by SLC and was one of the team’s brightest stars in 2021, particularly in the T20 format.