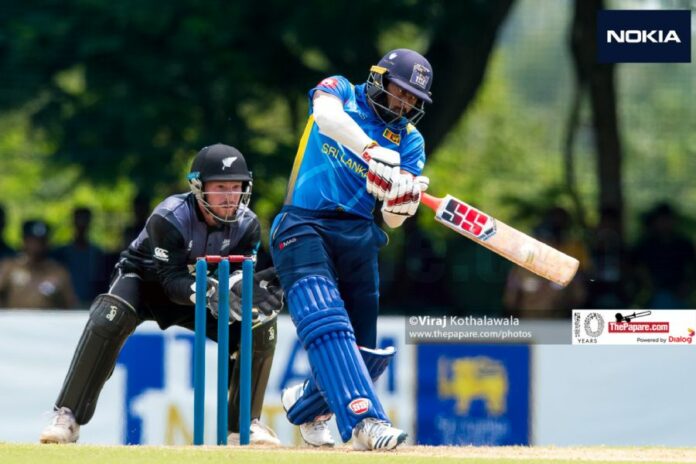 Left-handed batsman Bhanuka Rajapaksa has been handed a suspended sentence of a one-year ban and a fine of US$ 5,000 after an inquiry by Sri Lanka Cricket found that the player had breached the obligations of the Player Contract 2019/2020 while appearing in media interviews.

In the meantime, a decision has been taken by the national selectors to draft Rajapaksa into the 13-member squad currently undergoing training in Colombo, under a Bio-Bubble, focusing on future tours.

The said decision was taken after Rajapaksa achieved the required fitness levels, which is one of the prerequisites for national selections. He reduced his skinfolds to 71.5 from 101mm while passing the 2-km run in 8 minutes and 33 seconds after missing out on a number of Tours due to fitness issues.

The suspended sentence means that Rajapaksa is eligible for selection immediately but will be on a something likening a probation for the next two years. A further breach of his obligations to Sri Lanka Cricket within those two years, could see him banned for a year.

Prior to the Tours to Bangladesh and England, Rajapakse failed the skinfold test and decided not to take part in the rest of the fitness tests as a result. The situation surrounding his fitness reached a boiling point when he appeared on a number of videos on social media, criticizing certain aspects of the process by Sri Lanka Cricket and responding to the criticism of Coach Mickey Arthur regarding his attitude.

Rajapaksa is expected to join the bio-bubble tomorrow and will be available for selection for the upcoming India series.