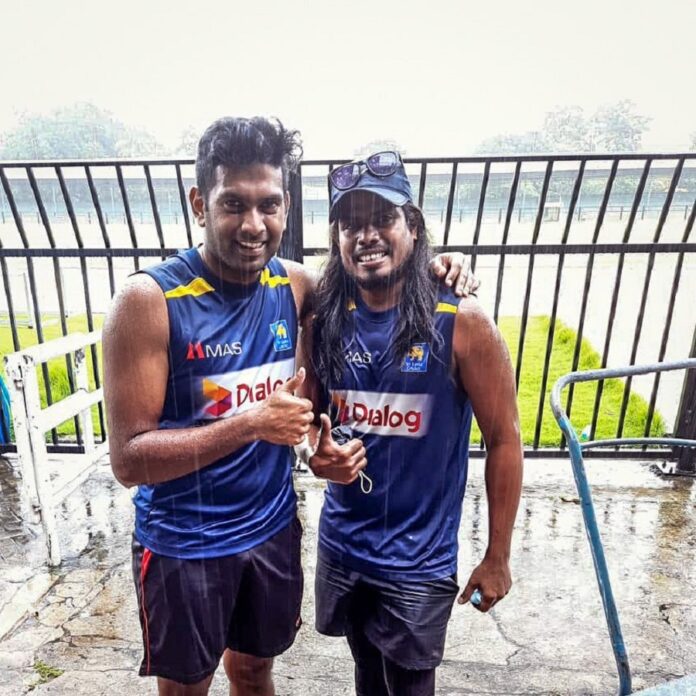 The left-hander was left out of the last West Indies tour after due to issues with his fitness, despite allegedly being told initially that he would be part of the touring squad.

Prior to the Tours to Bangladesh and England, Rajapakse failed the skinfold test once again and decided not to take part in the rest of the fitness tests as a result. The situation surrounding his fitness reached a boiling point when he appeared on a number of videos on social media, criticizing certain aspects of the process and responding to the criticism of Coach Mickey Arthur.

SLC is said to have contacted Rajapaksa following this, giving him a deadline of 40 days to prove his fitness.

Subsequently, Rajapaksa has gone through a rigorous fitness program with his personal trainer to lose 8 kgs in 40 days. Now he has passed the skinfold test by taking it from 104mm to 71.8 mm and completed the 2 km run in 8mins 33s.

“I did this for the love of the sport and I now feel I am ready to do my best for the nation,” wrote the southpaw on his personal Instagram handle.

With this achievement, the hard-hitting batsman could be unleashed against the Indians at least in the shortest format of the sport to strengthen the crippled batting unit.