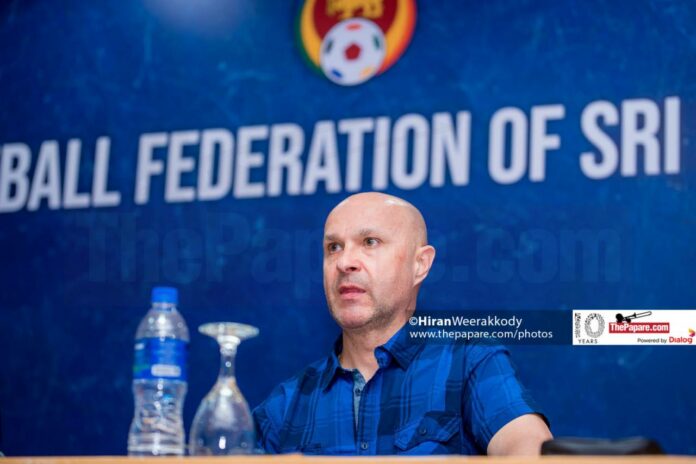 Head Coach of the Sri Lanka National Men’s Football Team and Technical Director of Sri Lanka Football, Amir Alagic is set to leave his positions at FFSL at the end of June 2022.

The Bosnian-Australian served Sri Lanka Football with extreme professionalism and dedication during his tenure. Under his guidance, the National Football Team made a mark on the international stage and won back many fans locally.

With him as coach, the Men’s National Team competed at the World Cup Qualifiers in South Korea, SAFF Football Championship in the Maldives, and the Four Nations Prime Minister Trophy in Sri Lanka, wehre they finished as runners up for the first time in 18 years.

President of the Football Federation of Sri Lanka, Jaswar Umar stated that FFSL, FIFA and Alagic had agreed to part ways considering the difficulties faced due to the current economic situation in the country. FFSL believes that this is the most appropriate move considering the country’s situation and Alagic’s own professional career.

At a media briefing held earlier today (19), Alagic said; “I am going as a happy man. I have brought back hope, gained respect, and taken football to the rural areas. I must give credit to most media who were behind me every step of the way. I must thank President Jaswar Umar and his administration for trusting in me. President Jaswar was a pillar of strength during these times. We need to continue what we started. I may leave but my heart stays here!”