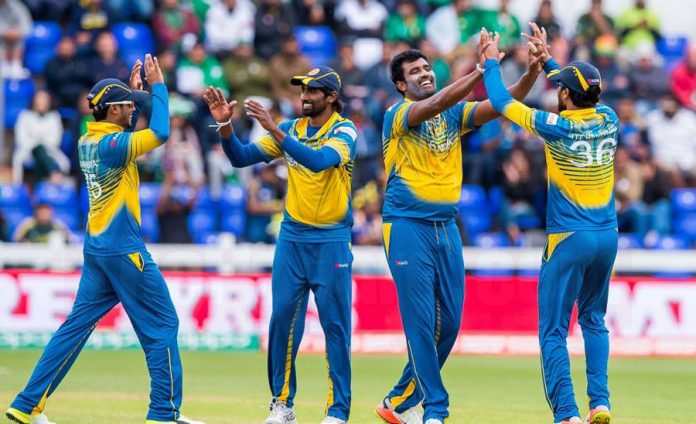 The Sri Lanka ODI squad for the upcoming series against the visiting West Indians which will be held from 22nd February onwards, has been announced by Sri Lanka Cricket with a few big names making a comeback to the ODI squad. SLC initially named a 20-member preliminary squad for both the ODIs and T20Is.

Regular players who didn’t tour to Pakistan in the last ODI Series, skipper Dimuth Karunaratne, Kusal Perera, Angelo Mathews, Dhananjaya de Silva, Niroshan Dickwella and Kusal Mendis will feature in the ODI squad vs West Indies. The above mentioned players are turning up to an ODI after almost 7 months, their last appearance was against Bangladesh in July 2019.

According to the chairman of selectors, Sri Lanka Asantha de Mel, though Dickwella is part of the ODI squad, he will not play the 1st ODI as he has been diagnosed with Dengue fever but will be available for the rest of the games. Apart from Dickwella, Kusal Perera and Kusal Mendis are the other wicket keepers in the squad.

Thisara Perera who performed decently in the Bangadesh Premier League, is making a comeback to the national setup after he was dropped from the squad last August for the New Zealand T20Is. Most probably, Perera will have to compete with Dasun Shanaka for a spot in the playing XI. Apart from Perera, seamer Nuwan Pradeep who was sidelined due to a knee injury has fully recovered and will share the new ball with Lahiru Kumara and Isuru Udana

Unfortunately, the centurion of the last ODI Sri Lanka played, Dhanushka Gunathilaka will miss the ODI series as he is suffering from a back injury. The captain of that ODI Series in Pakistan, Lahiru Thirimanne also failed to find a spot in the final 15.

So far, both countries have met each other 57 times in ODIs and West Indies has won 28 of them to Sri Lanka’s 26.  Last time West Indies visited Sri Lanka; the visitors were whitewashed 3-0 by the hosts under the captaincy of Angelo Mathews.

Video – Does Upul Tharanga deserve a spot in Sri Lanka...