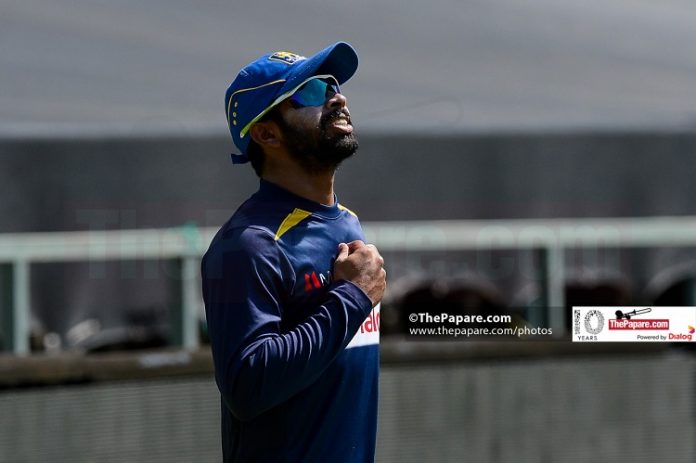 Sri Lanka’s regular wicket keeper batsman in Tests has been sidelined from the 1st ODI of the Series between Sri Lanka and West Indies, due to dengue fever.

Sri Lanka Cricket Team manager and chairman of selectors, Asantha de Mel, confirmed to ThePapare.com exclusively that 26-year-old has been infected with Dengue.

Dickwella was included in the 20-member preliminary squad that has been chosen by the selection committee for both (ODI & T20I) series. The squad has been in training together since 12th February at P Sara and R Premadasa Cricket stadiums in Colombo.

Although Niroshan Dickwella has been a consistent member of the Test squad, the left hander last played an ODI in March 2019 and wasn’t part of the World Cup squad which toured England and Wales in June/July 2019. He was omitted from the T20I squad to India in the beginning of the year as well.

Read: Youngsters given the opportunity in practice matches vs Windies

Kamindu Mendis, who was originally included in the Sri Lanka Board President’s XI squad, was also replaced after being diagnosed with dengue fever.