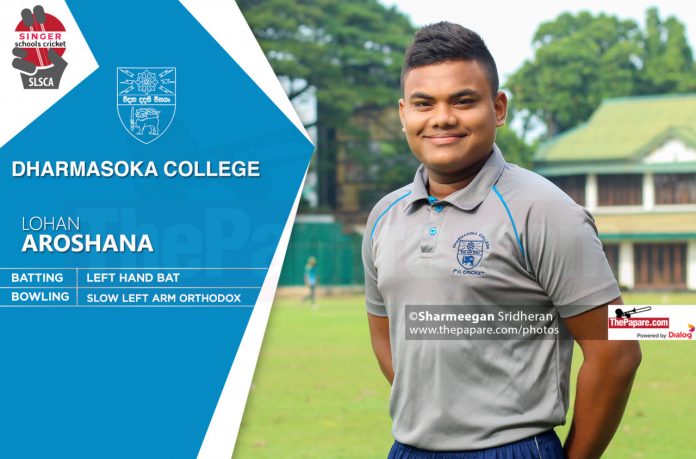 Dharmasoka College, Ambalangoda hosted Maliyadeva College, Kurunegala in a traditional encounter at Galle International Stadium over the course of 12th and 13th of October.

>>Abishek and Uvindu star as Trinity register an innings victory<<

The host won the toss and elected to field first. Accordingly, Maliyadeva College batsmen managed 150 runs for their first-innings. Skipper, Muditha Premedasa scored 62 runs while the rest of the team failed to shine.

They struggled against the left-arm spin of Aroshana de Zoysa who bamboozled the Kurunegala boys. He bagged 8 wickets for 41 runs.

Coming out to bat, Aroshana dominated the batting unit of Dharmasoka too. He racked up a cracking hundred to elevate Dharmasoka College to 247 runs in the first-innings.

The Devans were looking to be better in their second lease as they managed to draw the game batting out the rest of the match. Chaluka Athapaththu remained unbeaten on 45 runs at close of play while Sasindu Malshan also added 45 runs to the total.

Aroshana had an exceptional match as he came out and picked up two more wickets to complete his match bag 10-wicket haul.