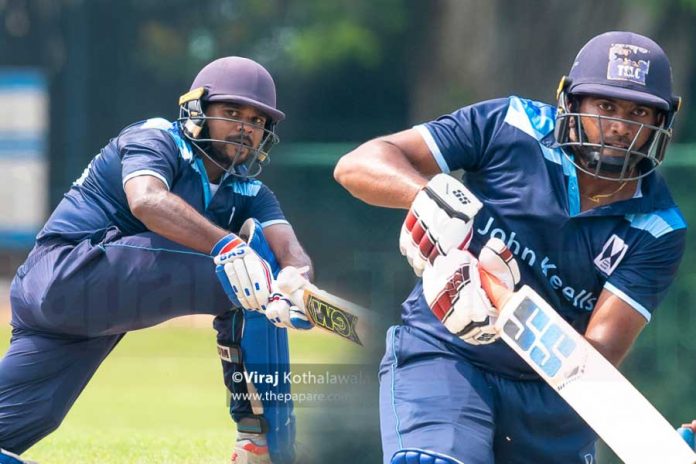 Dimo skipper, Nisala Tharaka got the favour of the coin and asked Bhanuka Rajapaksa’s men to take the first lease of the crease.

John Keells Holdings skipper, Rajapaksha, with the kind of form he is currently in, smacked 66 runs at the top to take his team to a comfortable 234 run total. Opener Ashen Silva also struck a valuable half-century to support the cause.

Off-spinner Ramesh Mendis picked up 3 wickets for 49 runs to top the bowling charts for DIMO. All-rounder Sammu Ashan and seamer Pasindu Madushan picked up 2 wickets each.

Ramesh Mendis kicked in once again striking 49 runs, coming down the order. But, his fight wasn’t fit enough as his team fell 13 runs short of the revised target. Matheesha Perera added 39 runs for DIMO while Ashen Silva made his game better by picking up 2 for 26 to end as the best bowler for JKH in the game. The left-arm spinner, Chamikara Edirisinghe, also registered 2 wickets to his name.