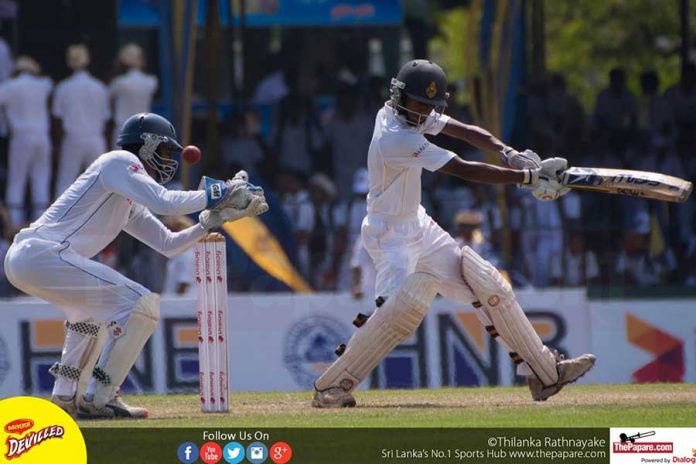 Four matches of the Singer Schools ‘Under 19 Division 1’ Cricket Tournament 2018/19 were conducted today around the island. D.S. Senanayake College registered an innings victory over St. Aloysius’ College while Prince of Wales College took major honours against Royal College in their traditional fixture.

Sri Lanka U19 cap Pasindu Sooriyabandara stroked a magnificent knock of 98 runs for Royal. Cambrian spinner Kaumal Nanayakkara picked up 5 wickets for 70 runs. Cambrians batted for the second time in the match with an 8-run lead and posted 122 for 3 at the close of play on day two. Cambrian skipper Suwath Mendis made a classy 85 runs with the bat.

The traditional fixture between Maliyadeva College and Thurstan College commenced today at Thurstan College grounds. After winning the toss, the Maliyadeva skipper opted to bat first and posted 175 runs all-out with Muditha Premadasa top scoring with 75 runs. Avishka Kaushalya was the pick of the bowlers for Thurstan College as he picked up 4 wickets for 23 runs.

In reply, Thurstan College batsmen were in a spot of bother as they lost 7 wickets for 123 runs when umpires called stumps on day one.

The Group ‘A’ fixture between St. Sylvester’s College and Devapathiraja College commenced today at Pallekelle. After being put into bat first, St. Sylvester’s posted 323 runs for 9 wickets before declaring the innings. Chandula Rajaguru was the chief contributor with the bat as he scored a magnificent century for the lads from Kandy. In reply, Devapathiraja College was 12 for no wicket at stumps on day one.