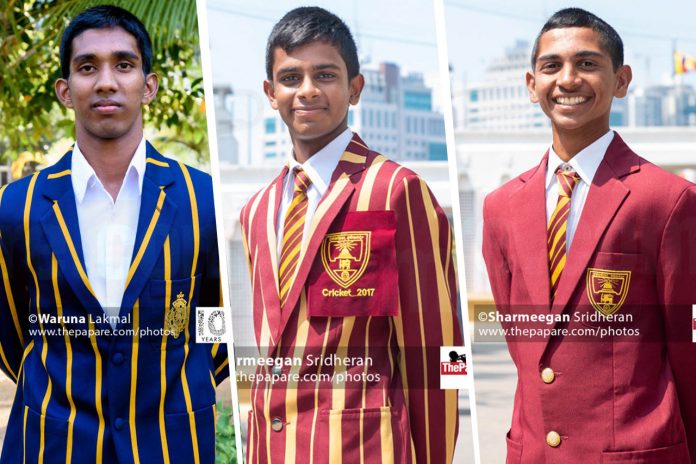 Two encounters in the Singer Schools ‘Under 19 Division 1’ Two Day Cricket Tournament 2019/20 were worked off today in Colombo and Galle. Royal College batsman Kamil Mishara’s fine century with the bat and Ananda College off spinner Maoshada Fernando’s 5-wicket haul with the ball were the highlights of the day.

The Group D fixture between Ananda College and St. Joseph Vaz College ended in a draw today at Ananda College Grounds in Colombo but the hosts managed to take major honors in the drawn encounter. After being 70 for 5, the visitors managed to add another 97 runs to their overnight score as they were bowled out for 167 runs in 51.4 overs.

Kavindu Maduranga top scored with an elegant knock of 60 runs. Isuru Ayesh was the pick of the bowlers for Ananda College as he took 3 scalps for 18 runs. In addition, Maoshada Fernando and Dasun Tharuka chipped in with 2 wickets a piece.

The visitors were asked to follow on and posted 180 runs for 7 wickets at the close of play on day two. Achintha Fernando stroked an unbeaten half-ton for the Vazians. Off spinner Maoshada who picked up 2 wickets in the first innings showed a better bowling display in the second innings, picking up 5 wickets for 29 runs.

The traditional fixture between Royal College and Richmond College ended in a draw today at Galle International Cricket Stadium. The Richmondites were 64 for 3 overnight but a batting collapse saw them bowled out for 120 runs in 56.2 overs. Achintha Isiwara who remained unbeaten yesterday, got to his half century becoming the top scorer of Richmond innings.

Two games of the ongoing Singer U19 Division 1 Cricket Tournament got underway today, 1st of November…….

The right arm seamer Lahiru Madushanka was the chief destroyer with the ball as he picked up 5 wickets for 18 runs for Royal. Royal College began their second innings 33 runs behind and displayed an improved batting performance, putting up 199 for 7 in 65.3 overs.

Sri Lanka U19 cap Kamil Mishara who has been left out of Sri Lanka U19 tour of Bangladesh due to disciplinary issues, stroked a brilliant century for Royal. In addition, right handed stroke maker Ahan Wickramasinghe notched up a valuable 45 runs. Ishan Chamika bowled beautifully as he picked up 4 Royal scalps for just 17 runs.