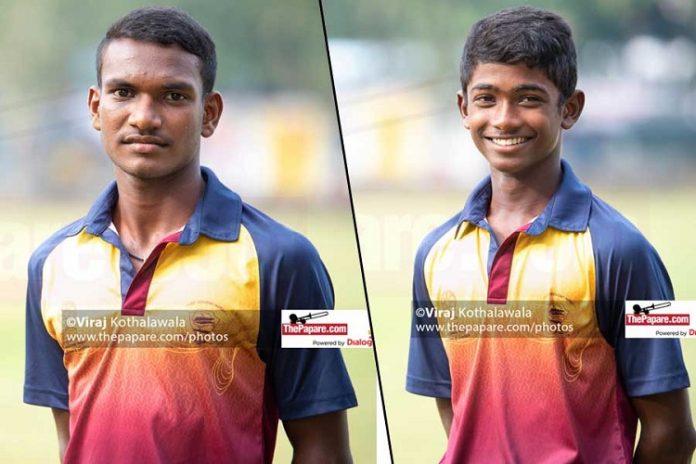 Thurstan College and Devapathiraja College locked horns at Thurstan grounds in a group ‘C’ fixture while 3 other games of the Singer U19 Division 1 Cricket Tournament was played across the Island today.

Devapathiraja college, who won the toss, piled up a mammoth 293 runs on the board for the first-innings. Jeewaka Shasheen missed out on a well-made century by 2 runs while the skipper, Kalpa Chethiya added 73 runs for his merit. It was a beautifully knit innings by the boys from Rathgama who batted out the whole of day-one.

On the 2nd day of the game they switched roles to wreck the Thurstanites with the ball. Right-arm off-spinner Sudeera Weerarathna and left-arm spinner Irushka Thimira got together to share 9 wickets among them where Weerarathna managed a fifer.

The hosts were undone for just 151 runs and were forced to follow-on. Though they made amends in the second lease, it was still not enough as Devapathiraja earned major honours in the game.

This group ‘B’ game was played at Pannipitiya where the visitors won the toss and elected to bat first. Stand-in skipper, Lohan de Soyza scored 44 runs to give some hope to the Ambalangoda school who were shot out for 113 runs. Thisara Shisara was the pick of the bowling as he bagged 4 wickets for 23 runs.

In reply, the home team boys scored 166 runs for the loss of 9 wickets and declared their innings. Lohan was the top performer once again as he picked up 3 wickets for 53 runs to top the bowling card.

Read : Aroshana wrecks Maliyadeva with a 10-wicket haul and a ton

The Benedictines are hosting the Wesleyites at Kotahena in their traditional fixture. The hosts were inserted to bat first the Wesley College who won the toss.

They were soon undone for just 156 runs in second-half of the day. Semila Liyanage picked 4 for 38 to become the pick of the bowling while Thenuka Nandalals’ 42 remained the best with the bat for the Benedictines.

The Antonians struggled at Maradana as the Zahirians uprooted them for just 131 runs in their traditional fixture. All-rounder Imtiyaz Slaza stood out with the ball taking 6 wickets for 38 runs.

Zahira College too were struggling at 22 runs for 3 wickets by the end of day-one.

Boyagoda and Amarasinghe shine for NCC in drawn encounter