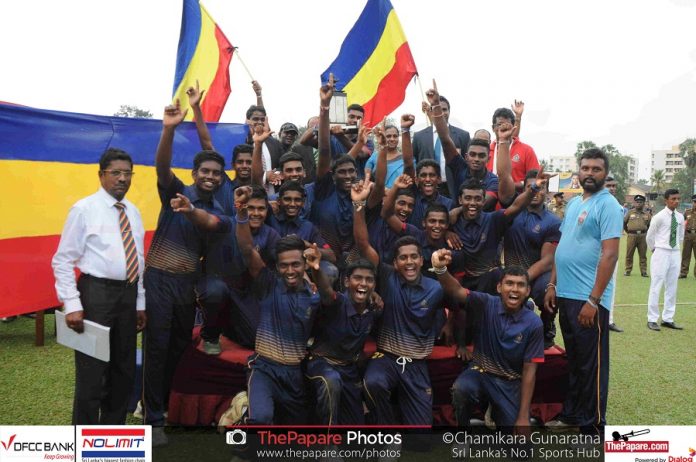 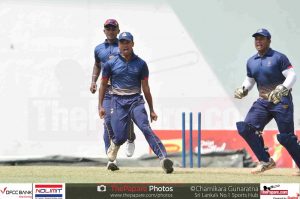 Thurstan College posted 247 for 9 in their allocated 50 overs with an unbeaten 70 from Pansilu Deshan and a few valuable cameos from the top order. Madushika Sandaruwan was the pick of the bowlers for Isipathana College with a 5-for which included a hat-trick. In reply, Isipathana College were bundled out for 172 runs in 46.3 overs. Sandaru Dias was the main striker with 3 for 44 and Ayesh Harshana chipped in with 2 for 17.

Thurstan had control over the game right from the word go. They got the perfect platform with an 82-run stand between Imesh Viranga and Yeshan Wickramarachchi. Unfortunately, both failed to go past the thirties as they were dismissed for 33 and 36 respectively. 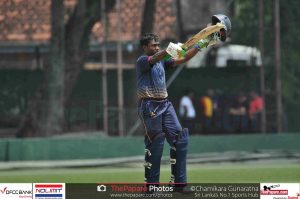 Nimesh Perera chipped in with 41 but the game changing innings came from Pansilu Deshan. Despite the cluster of wickets in the final overs, Deshan scored a well composed 70 off just 90 deliveries which propelled Thurstan  to 247 for 9 in their 50 overs.

The only highlight in the Isipathana innings was the bowling spell from Madushika Sandaruwan. He not only took 5 wickets but also managed to create a little history by taking a hat-trick. His spell at the death prevented Thurstan from scoring more than 250 as he took the wickets of Nipun Lakshan, Rashmika Hirupitiya and Sandaru Dias in consecutive deliveries. 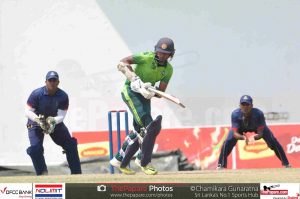 The Isipathana run chase never took off as wickets fell at regular intervals. The former Sri Lanka U19 national caps Sanjula Abeywickrama and Ayana Siriwardane failed to make it big when the team needed it the most. Sanjula only got 27 while Ayana managed 19. Ashen Goonawardane was the top scorer with 32 and apart from that, there weren’t any notable contributions with the bat for the green army.

Sandaru Dias once again bowled a splendid spell to control the run flow. His figures stood at 3 for 44 while Ayesh Harshana bagged 2 for 17. Isipathana were finally bundled out for 171 with more than 3 overs to spare.