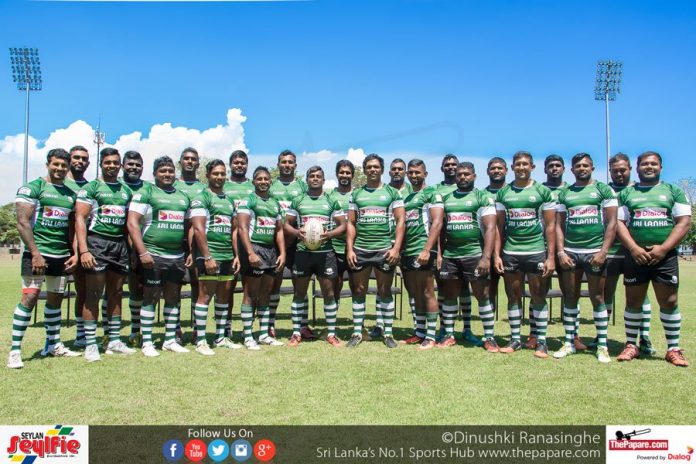 Sri Lanka have officially withdrawn from the Asia Rugby Division I Championship that is set to kick off in June this year, citing a heavy sevens schedule.

The Asia Division I Championship is the premier tournament for all of Asia in the fifteens format with it serving as a qualifier for the main competition, the Asia Rugby Championship.

However, due to the national body focusing more on sevens with the calendar year consisting of three major sevens tournaments, Sri Lanka will not participate in the Division I Championship that will take place in Manila during the last week of June.

“Currently we are focusing on sevens because we have three big tournaments coming up, the Commonwealth Games, Asian Games and later the Asian Seven Series for us to focus on.”

“We are still unsure of the tournament dates or venues (for the tournament) and it is more beneficial for us to direct the time and effort we would have to put into that to prepare for the sevens. We can focus on getting more exposure for our players in the sevens. We have plans for the team to go to Paris to play and train in one of their facilities and we will be looking at that option rather than the Division I Championship” added Sri Lanka Rugby CEO Priyantha Ekanayake, exclusively to ThePapare.com.

Sri Lanka have been regular participants of the Division I Championship which serves as the qualifier for the main tournament, the Asia Rugby Championship. Sri Lanka have emerged victorious on two attempts in the recent past, winning it in 2013 and later in 2015 under the captaincy of Fazil Marija.

Having won the tournament in 2015, Sri Lanka opted not to play in the top tournament and later lost to Hong Kong in 2016 and Malaysia in 2017 that saw them deprived of a spot in the Asian Rugby Championship.

Last year the team under the leadership of Roshan Weeraratne won against the Philippines and the UAE but unfortunately lost out in the tournament decider to Malaysia 22-09. As a result of this, the Tuskers were forced to spend another year in Division I while Malaysia went ahead to join Hong Kong and South Korea in the top tier.

Expeditious play in the second half by the Malaysians earned…

The Tuskers, after their triumph in 2015 in the Asia Division I Championship, got themselves to a record best ranking of 38 in the world but following their disappointing stints in 2016 & 2017, currently sit in the 41st position.

The lack of a proper national fifteens structure is clearly a letdown for the longer format of the sport whereas much focus has been put on the development of the sevens format in contrast.

The absence of the Lankan representation will clearly take a toll on the country’s world ranking as well as their development in the longer format, which has come to a standstill. However, Sri Lanka Rugby is confident that there will be a turnaround coming for the fifteens.

“We will look at seeing the possibilities of playing a few friendly games if possible. Hopefully, that could help the XVs” Ekanayake added.

The Sri Lanka sevens team is currently in Australia for the Commonwealth Games and will resume training in May to prepare for the all-important Asian Games where the Islanders will hunt for a possible medal. The three-legged Asian Sevens Series will follow later in September this year.