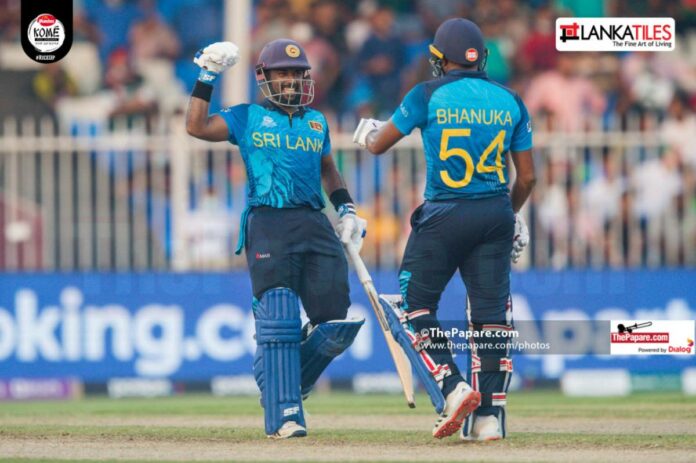 After a disappointing display with the ball, the Sri Lankan batting line-up produced a masterful chase to win their 1st game of the Super 12 stage against Bangladesh by 5 wickets. Here are the key talking points from the game. 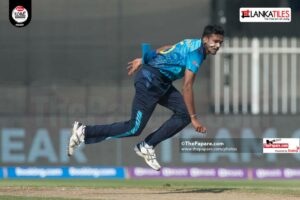 Dushmantha Chameera had a good Round 1, but he will be disappointed with his returns in this game. He looked to be in his usual stride in his 1st over (the 3rd over of the game) before two no-balls threw him off a little. After scoring just 9 off the first two overs, Chameera’s 12-run over turned out to be just the spark that Bangladesh needed, as they continued to build momentum in their innings, which eventually took them to a challenging total. 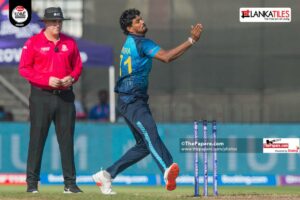 With Maheesh Theekshana missing out through injury, it was expected that Akila Dananjaya would slot into the playing XI. However, Sri Lanka went in another direction, picking left-arm medium-pacer Binura Fernando. This may have been because Bangladesh did have some trouble against Bilal Khan, Oman’s left armer, earlier in the tournament. Another possible reason to pick him, could have been because Sri Lanka needed someone to bowl a couple of overs in the powerplay – a job Theekshana had done quite well during the 1st Round of the tournament. Fernando didn’t really look threatening, bowling at a meandering pace, and will most likely be benched once Theekshana returns. 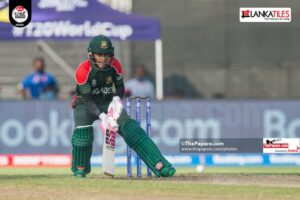 It’s no secret that Mushfiqur Rahim loves playing against Sri Lanka; his career average of 20.38 and strike rate of 116.20 jump to 42.26 and 149.49 against them. Today was another day where he proved that, making 57 off 37 deliveries. He was particularly smart in taking advantage of the short boundaries and put the Sri Lankans under massive pressure by attacking strike-bowler Wanindu Hasaranga; he scored 20 off 9 deliveries against the leg-spinner. 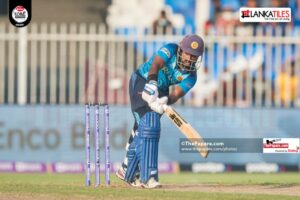 The powerplay has proved to be vital in deciding the trajectory of an innings, especially of late in the UAE. So, once Kusal Perera was dismissed by Nasum Ahmed in the 1st over of the Sri Lankan chase, heads went down. At the crease were Pathum Nissanka and Charith Asalanka, who are believed to be more suited for the longer formats of the game. However, Asalanka, batting at No. 3 – the position Sri Lanka have struggled to fill since pushing Avishka Fernando and Bhanuka Rajapakse down the order – came out with a clear plan of taking on the bowlers. He slog-swept Mahedi Hasan for 4 off his 3rd delivery and then took 2 sixes off Ahmed in the next over, seeting the ball rolling for a big powerplay score. He came down the track for his 1st six and then when the bowler adjusted his length, he sat back for a slog sweep for 6. 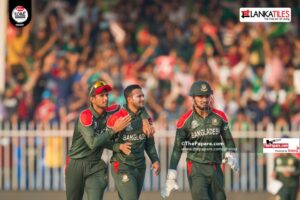 Shakib Al Hasan was always going to be the biggest challenge for Sri Lanka and he seemingly gave the Tigers the match on a platter when he dismissed Pathum Nissanka and Avishka Fernando in the 9th over the chase. There was a massive shift of momentum and when Saifuddin got Hasaranga’s wicket in the next over, the chase looked in real trouble. They were poor shots by the two batters, but it gave the Tigers the opening they needed. This would have been the turning point of the match if not for the brilliant partnership between Asalanka and Bhanuka Rajapakse. 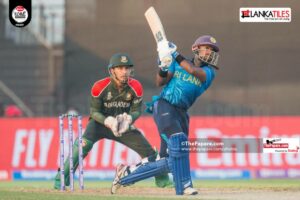 With both Asalanka and Rajapakse being left-handers, Bangladesh seemed reluctant to use Shakib Al Hasan and went with the off spinners Afif Hossain and Mahmudullah in the 13th and 14th over – the theory being that the batters would find it harder to score off the ball spinning away from them. This decision to use them came at the wrong time for Bangladesh, as Sri Lanka needed 82 off 8 overs at that point and would have been looking to target a bowler or two. The 13th over by Hossain went for 15 runs – 14 coming off Rajapakse’s bat – and the 14th went for 16.

Interestingly, according to Cricviz data analyst Freddie Wilde, Shakib, though a left arm spinner, does have a good record against left-handers – an average of 18 vs 25 against right-handers.

The two overs shifted the game in Sri Lanka’s favour again and when Rajapakse took Saifuddin to the cleaners in the 16th over – clattering 2 fours and 2 sixes, the game was won.