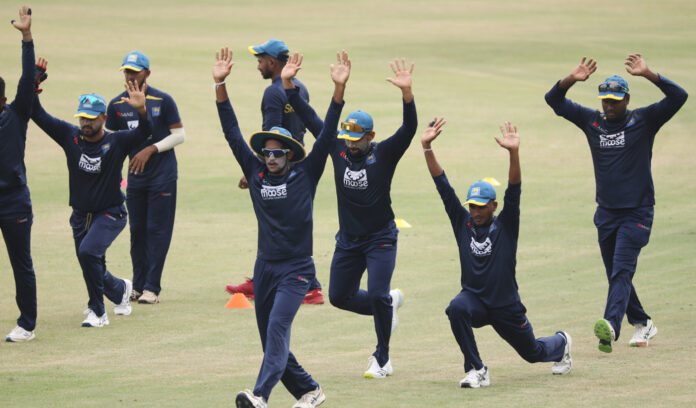 Fresh from a brief county stint in Yorkshire, Sri Lanka Test captain Dimuth Karunaratne is still undecided on the team combination for the first Test which starts on Sunday in Chattogram, but the most likely scenario would be to go in with five bowlers, five batters and a wicket-keeper batter.

The last time these two teams met in Chattogram in 2018, more than 1500 runs were scored along with five centuries. The pitch is known to be a batting paradise. In their previous meeting in 2014, Kumar Sangakkara alone made more than 400+ runs in two innings along with a triple century. The hosts have lost their last three Tests played at this venue, against Afghanistan, West Indies, and Pakistan. So, along with the forecasted rain, it’s fair to say that Sri Lanka will need a five-pronged bowling attack to complement their experience-heavy batting unit.

“Chittagong is a batting friendly pitch. It does not turn much because in the last game we played here, batters feasted with scores excess of 1500. From the first look, it does look the same as before. This pitch is known for draws so we need to play a combination which will help us produce a result. “Karunaratne said during an online media interaction on Friday.

With off-spinning all-rounder Ramesh Mendis declared fit, having missed the India series due to a finger injury, Sri Lanka may opt to play three front-line spinners in Lasith Embuldeniya and Praveen Jayawickrama along with Mendis.

If Sri Lanka opts for five bowlers, experienced Dinesh Chandimal may miss out with Niroshan Dickwella set to keep wickets and bat at number six. However, the biggest decision to make for the team management would be on the fast-bowling combination. With the retirement of Suranga Lakmal, Karunaratne would badly need a youngster to step up do the job of containing runs from one end when necessary.

“Kasun Rajitha is back from an injury, and he did bowl well during the National Super League. We were a part of the same team. Also, Asitha Fernando and Vishwa Fernando have done reasonably well in the NSL so there is a very good, healthy competition for places from the seamers. As a captain, I like the liberty of having to make those tough selection decisions because it means that there’s plenty of solid options to choose from. With Suranga’s retirement, it’s a good chance for these youngsters to grab the opportunity to perform well and put their hand up to lead the attack to establish themselves in the Test side. “

Karunaratne is set to open batting with Oshada Fernando, who comes in place of injured Pathum Nissanka and Lahiru Thirimanne, who is not available for selection due to personal reasons. Fernando was dropped from the India series, but he scored heavily in the National Super League (NSL), amassing 721 runs in 11 innings. In the rain-interrupted practice game in Savar, Fernando made an unbeaten 26* as only 18.2 overs were possible in two days.

“With the rain going around, I don’t think they’ve finished their preparation with the playing surface. We cannot control rain, what we want to control is play good cricket. We have not yet decided the playing XI. In terms of the other opening slot, we two opening batters in Oshada Fernando and Kamil Mishara to choose from but we’re most likely to go with Oshada due to his form and experience. “Karunaratne further stated.

Stay logged into ThePapare.com for all the news, updates and information related to the Sri Lanka tour of Bangladesh 2022.