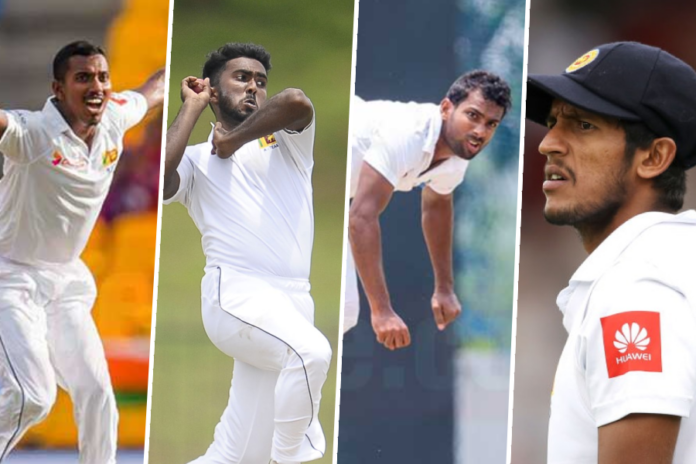 When it comes to pace bowling in Test cricket, a majority of the big names in the history of the game have come from outside Asia.

This happens mainly due to the conditions in Asia as opposed to countries like Australia, England, New Zealand, South Africa and the West Indies, where the conditions generally suit pace bowlers and rarely have any assistance for the spinners. But when it comes to Asia, it’s a very different story, where the spinners are your match winners, more often than not.2

For this reason, Asian pace bowlers are underrated in many ways, except for the likes of Kapil Dev, Imran Khan, Wasim Akram, Waqar Younis and Chaminda Vaas, who have made themselves hard to ignore.

This trend has shifted in the more recent past with a crop of promising quicks coming through the ranks. The likes of Mohammad Shami and Jasprit Bumrah for India, Shaheen Afridi and Mohammed Abbas for Pakistan, Shoriful Islam and Ebadot Hossain for Bangladesh have played key roles in their respective teams’ success overseas.

For Sri Lanka, the duo of Suranga Lakmal and Vishwa Fernando have carried the load over the recent past, their most cherished achievement being the historical series win against South Africa in South Africa in which they led the way. But with the retirement Lakmal, what lies ahead for Sri Lanka in Test Cricket?

During the upcoming Tour of Bangladesh, the Sri Lanka fast bowling unit will likely rely on Vishwa Fernando, who, barring Lakmal, has been the quick most consistently used in Tests, but hasn’t been in any kind of good form in the last year or so. So, then who are the players Sri Lanka have to take over and win matches as quicks?

Newly appointed National Head Coach Chris Silverwood had this to say about the young pace bowling attack during his 1st press conference ahead of the tour of Bangladesh.

“From a bowling perspective it’s still in the discipline of doing good things for a long period of time and not getting bored of doing them, hitting your line and length, finding the top of off on any given pitch. Then you bring in the skills of wobble seam, swinging it, all our guys can swing it, which is great because we need movement as well, it’s just bringing in all our skills together and being disciplined enough to live in one area long enough to wear the opposition down”

Silverwood, who specializes in the fast-bowling area, will be a much-needed boost for this young attack to improve their game.

Against Bangladesh, Vishwa Fernando will most probably take over the mantle of being the spearhead of the Sri Lankan pace attack. His partners available for the upcoming tour are Kasun Rajitha, Asitha Fernando, Chamika Karunaratne and Dilshan Madhushanka.

Rajitha had a decent start to his career back in 2018, but a dip in form and injuries halted his progress over the past couple of years. During the historical 2-0 victory over South Africa in 2019 he played the role of the 3rd pacer and complemented Lakmal and Vishwa exceptionally well.

Asitha Fernando made his long-waited test debut at the beginning of 2021 and so far, he has played just 3 test matches. The 2016 U19 World Cup alumni is another top contender to be the opening bowling partner of Vishwa Fernando in the upcoming series. Asitha showed some good form during the National Super League where he took 17 wickets at an average of under 20.

The 3rd possible option to be Vishwa’s partner is none other than Chamika Karunaratne. Chamika adds much needed batting depth to the side as well, but can he do the trick with the red cherry in hand? So far Chamika has played just a solitary test match in 2018 against Australia but during the last year he has been a consistent member of the Sri Lankan white ball setup, which has earned him a place in the longer format squad as well.

The 4th option Sri Lanka have is the 21-year-old left arm quick Dilshan Madushanka. During his short first-class career so far, he has been impressive, and we saw him during the 2nd season of LPL as well. With his inclusion to the touring party, it’s quite clear that he is in the future plans of the Sri Lankan selectors.

Apart from the above-mentioned names in the squad, Sri Lanka also has Dushmantha Chameera who has been lethal with the new ball and at the death in the ongoing Indian Premier League but as he is the premier fast bowler for Sri Lanka in the shorter formats, risking him by playing in the longer format may not be a good option, especially with both T20 and ODI World Cups around the corner.

Sri Lanka also has Lahiru Kumara, the fastest bowler in the Island, who just like Rajitha started brilliantly, but unfortunately fell apart due to injuries and loss of form. He made a good comeback during the T20 World Cup last year but unfortunately another injury halted his progress once again.

For all these young names it’s going to be a long process of settling in and absorbing the pressure of the international arena and it’s a process which needs a lot of patience and a lot of focus, especially in terms of fitness.

What are your thoughts regarding the future of pace bowling in Test Cricket for Sri Lanka? Do you see any other names coming up the ranks to be the next fast bowling sensation?

Afghanistan bat first in a must-win game for Sri Lanka