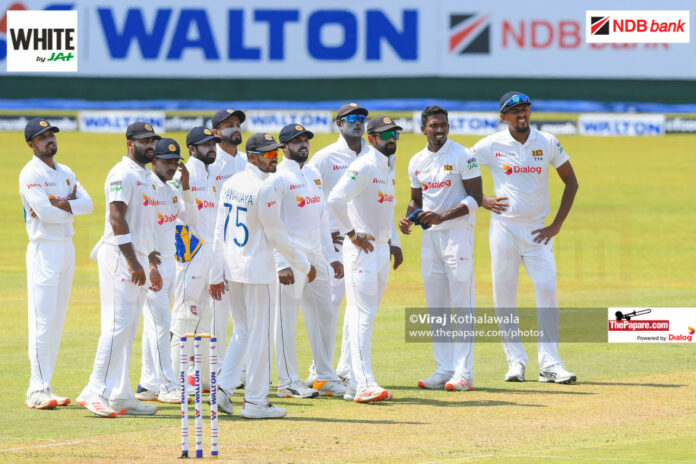 Sri Lanka’s 2-match Test series against Bangladesh will be a crucial one for both sides, as the Tigers look to move forward from the bottom of the ICC Test Championship table, while Sri Lanka looks to move ahead of India and Pakistan in 3rd and 4th place respectively.

Bangladesh have been a rising force in white ball cricket over the last few years, but when it comes to red ball cricket, it’s a completely different story. After gaining Test status in 2000, it has been a difficult journey for them.

Recently, Bangladesh defeated the Kiwis in New Zealand and there seemed to be a lot of hope surrounding that young side, but unfortunately for them, they just couldn’t keep their consistency. They lost the next match to the ICC World Test Champions and later were humiliated by the Proteas.

This series will be a mouth-watering contest as they come up against Sri Lanka, who were battered and bruised against India in their most recent Test series.

The islanders have suffered a major blow in the fast-bowling department with the retirement of the workhorse Suranga Lakmal. So, the real question remains, how will Sri Lanka fare in the upcoming series?

With both Lahiru Thirimanne and Pathum Nissanka not named in the touring party, the first question Sri Lanka will have to answer is who will partner skipper Dimuth Karunaratne at the top of the order.

Kusal Mendis opened the batting in the first innings of the second Test match against India and has opened before as well. In 10 innings as an opening batter, Mendis has scored 2 centuries and 1 half century and has a very good average of 51.

The other option for Sri Lanka is the returning Oshada Fernando. He scored heaps of runs during the National Super League 4-day tournament which should have given him plenty of confidence coming into this series. Fernando has opened the batting on 7 occasions and has a century to go with an average of 43.67.

The third option would be the youngster Kamil Mishara. Mishara did not have an outstanding NSL tournament but has been a consistent performer in the domestic arena of late. However, you do get the feeling he is in the squad more as a backup keeper than a candidate to open the batting.

With that in mind, both Fernando and Mendis should make the cut and fill up the second opener’s slot and number 3 position respectively.

The experienced duo of Angelo Mathews and Dhananjaya de Silva will almost certainly bat at 4 and 5 respectively. Mathews, if he plays all six upcoming Tests against Bangladesh, Australia and Pakistan, will complete 100 Tests, a massive achievement for one of Sri Lanka’s best Test batters.

Dhananjaya de Silva has been a key cog in the Sri Lankan Test lineup for the past 4 years especially in that critical number 5 position over the last two years. His average of 50.30 batting at number 5, is also the highest in the world during the last 2 years among batters who have played at least 7 Tests.

Bangladesh is an opponent DDS loves to face as he has 463 runs against them in 5 matches at an average of 57.88. His highest score of 173 in Test cricket also came against the same opposition, during the 2018 tour to the country.

Another selection dilemma for the team management would be the number six spot. After an unimpressive start to his Test career, Charith Asalanka has been asked to concentrate on white-ball cricket, so then the choice remains between former skipper Dinesh Chandimal and the highest run getter of the National Super League, Kamindu Mendis, who is yet to make his Test debut.

Chandimal did not feature in the playing XI against India though he was in the squad. His stats during the last three years don’t do justice to his quality as a Test batter as he averages only 22.61 in 24 knocks. Like de Silva, Bangladesh is one of Chandimal’s favourite opponents; he averages 77.77 against them, with 4 centuries and 2 half centuries.

Chandimal’s batting average against Bangladesh is also the fourth highest against that opponent amongst batters with a minimum of 8 matches, behind only Shivnarine Chanderpaul, Kumar Sangakkara and Graeme Smith.

Kamindu Mendis, looked invincible in the NSL, scoring 886 runs at an astonishing average of 80.54, which included 4 centuries and 4 half tons.

The other option the team management may be considering is playing an extra bowler, with keeper Niroshan Dickwella batting at number six. Dickwella has played a few good knocks in Tests but is yet to score a hundred in the formate and sits currently in the second place in the list of players with most Test innings without a century, behind only to the late Australian legend Shane Warne.

The bowling department is relatively inexperienced in comparison to the batting unit. Off-spinner Ramesh Mendis is coming back from a finger injury but with his ability to chip in with the bat, it gives the team the option of playing an extra bowler.

If the selectors do opt to play all-rounder Chamika Karunaratne as the second fast bowler, the batting line-up will probably close out with Karunaratne at 7 and Mendis at 8, followed by Lasith Embuldeniya, Praveen Jayawickrama and Vishwa Fernando.

Embuldeniya has been a consistent wicket taker in Tests for Sri Lanka since his debut and from the current lot of spinners, he has the most number of wickets – 70 wickets in 15 matches.

If the selectors opt for only 2 front-line spinners, then it will be most likely be Ramesh Mendis and Lasith Embuldeniya. However, Jayawickrama was the chief destroyer against Bangladesh last year, setting a record for taking most wickets on Test debut for Sri Lanka with 11 wickets in Pallekele.

Uncapped leg-spinner Suminda Lakshan is also a part of the squad as a backup spinner but is unlikely to get a look in unless there is an injury to one of the finger spinners.

On the fast bowling front, Vishwa Fernando has been playing the second fiddle to Lakmal during the past couple of years. He averages over 40 with the ball, so will we see him transitioning into the lead pace bowler for Sri Lanka in Tests? That remains to be seen.

Vishwa will likely lead the attack in this series, but who will be his partner? Asitha Fernando and Kasun Rajitha have been recalled to the squad, while fast-bowling all-rounder Chamika Karunaratne is also an option along with

A key point to note is that none of the seamers generate pace over 145kmph like Dushmantha Chameera or Lahiru Kumara. So, it will be interesting to see who gets the nod and what combinations Sri Lanka will go with.