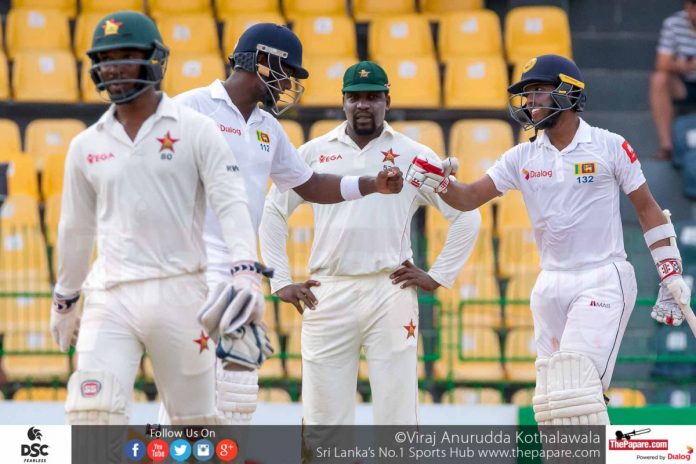 The Sri Lanka Test squad for the upcoming tour of Zimbabwe which will be held from 19th January onwards, has been announced by Sri Lanka Cricket with only two changes made to the previous squad which played the Test series against Pakistan.

The Test squad will be led by regular skipper Dimuth Karunaratne with experienced customers in Angelo Mathews, Dinesh Chandimal, Lahiru Thirimanne and Dilruwan Perera also included. Veteran seamer Suranga Lakmal has been added to the squad in place of Asitha Fernando after he missed out on the tour of Pakistan due to dengue fever.

Surprisingly, the Durban hero Kusal Perera has faced the axe from the Test squad too, after being benched in Rawalpindi and Karachi during the last tour.

The pace battery of the 15-member squad will be led by incoming Suranga Lakmal who will be accompanied by Vishwa Fernando, Kasun Rajitha and Lahiru Kumara, the latter was a class apart from the rest in Pakistan. The spin front is led by Dilruwan Perera with the assistance of lefties, Lasith Embuldeniya and Lakshan Sandakan.

So far, both countries have met each other in 18 Test matches and Sri Lanka has won 13 of them while Zimbabwe is yet to win a single game.  Last time Sri Lanka visited Zimbabwe, under the captaincy of Rangana Herath, the visitors returned home victorious with a 2-0 result.