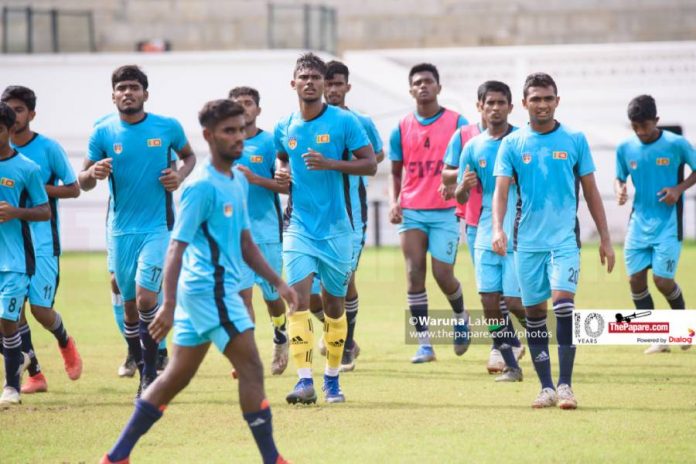 Sri Lanka U19 squad will be participating in the 2020 AFC U19 Championship Qualification in Qatar from 6th to 10th November in Doha, Qatar.

Sri Lanka took on Lebanon in their 4th game of the………

Sri Lanka will be taking part in this year’s qualifiers in Group B along with hosts Qatar, Turkmenistan and Yemen. The winner from the group will qualify automatically for the final round, whereas the runner–up will have an opportunity based on the best 2nd place finish from all groups.

Sri Lanka has retained the core of the team who took part in the recent SAFF U18 Championship in Nepal where they lost both matches to Bangladesh and India despite playing positive football.

Skipper for the SAFF tournament Shenal Sandesh has been dropped from the squad due to disciplinary issues and National Cap Shabeer Razooniya has been included in the squad and will lead the Lankans. Mohamed Mushfir will be the vice-captain.

There are 9 players from the outstations including Jaffna, Eravur, Matara, Badulla, Kinniya, Anuradhapura and Kurunegala. The squad includes five players from Zahira College, three players from Hameed Al Husseinie College and St. Peter’s College while two are from St. Henry’s College – Jaffna.

The Head Coach of the side will be former Sri Lanka National player and coach Mohamed Amanulla while he will be assisted by Goalkeeping Coach Saman Dayawansa. S.N.P.K. Silva will be the physio.

Amanulla will have to use all his experience to guide the Lankans through a very tough group in Qatar. Hosts Qatar were semifinalist in the 2018 edition.

Turkmenistan and Yemen both rank well above the Lankans and have strong youth setups and have played in previous tournaments.

However, at the time of writing the article with the squad already in Qatar, the Football Federation of Sri Lanka has failed to announce the final 23-man squad for the tournament.