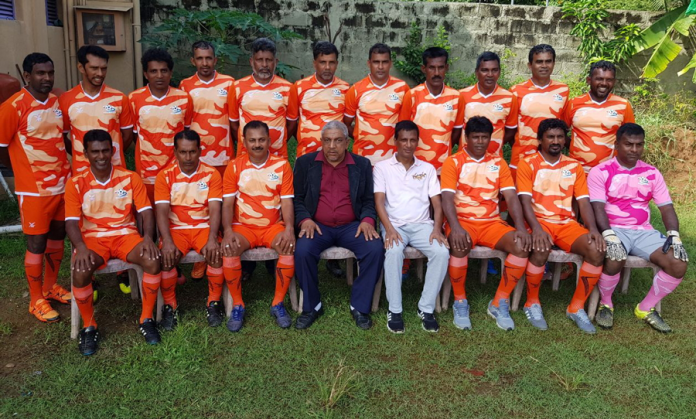 Colombo Veterans FC led by former National defender Jagath Rohan will be taking part in the International Masters Soccer tournament to be hosted by India in Cochin from November 8th to 10th.


Sri Lanka draw against Maldives in a thrilling finish

Four time International Masters Champions Colombo Veterans, will be aiming to win the championship for the fifth time as they boast of some the best former national and club players. But, it won’t be easy as a team from football fame England will be participating for the first time this year and will be a tough side to beat. Indonesia, Italy, Malaysia, Mauritius, former champions Singapore, South Africa, UAE, and the hosts India are the other nations who will field the veteran teams.

The teams will be divided into two groups and the first round will be played on league basis and the two group leaders will play each other in the final to determine the champion.

This year too Colombo Veterans FC will field almost the same team that won the International Soccer Masters Tournament under the theme of Goodwill Soccer Festival in Dubai last year.

The team is fully sponsored by the Founder and President of Colombo Veterans FC, Ramanathan Puwanenthiran who is also a team member will bore the whole expenses of the entire players’ airfare and accommodation in India.

Puwanenthiran fondly known as Puhal is a great promoter of football founded this club to ensure the retired soccerites enjoy their lives and not isolated.