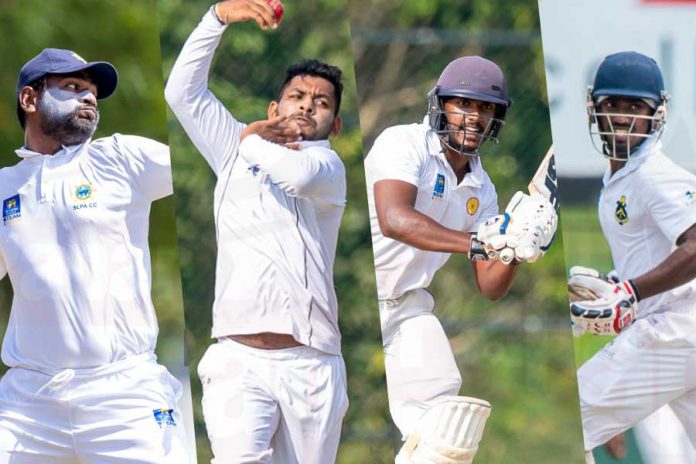 The 2019/2020 premier first-class cricket tournament in Sri Lanka, the SLC Major League Tier ‘A’ and Tier ‘B’ tournament will kick off on the 31st of January. Both the Tier ‘A’ and ‘B’ competitions will run until 12th April.

The Tier ‘A’, like in the recent past, will have the cream of Sri Lankan cricketers making up the top 14 club teams in the country, while the Tier ‘B’, this time will have 12 clubs, three more than last season. All games between the 26 teams have been granted first-class status.

In Tier ‘A’, there will be two groups of seven teams playing each other consecutively for seven weeks. The top four teams at the end of the first round will then advance to the Premier Super Eight competition – which will be a four-day tournament, played at neutral venues, while the remaining six teams will have to settle down to play in the Plate Trophy. The top ranked team at the end of the Super Eight stage will be crowned the domestic champions in Sri Lanka.

In Tier ‘B’, all 12 teams will play each other in a round-robin stage with the team with most points winning the competition. Apart from the Super Eight, all the other matches will be three-day affairs.

Last year, Colombo Cricket Club (CCC) won the Tier ‘A’ competition for the sixth time, while Saracens Sports Club ended up as the runners-up. Lankan Cricket Club, who won the Tier ‘B’ competition last season got themselves promoted to Tier ‘A’ while Sri Lanka Ports Authority CC was relegated to Tier ‘B’ after ending in the last position in the Points Table. No team was demoted from Tier ‘B’ last season.

Interestingly, at the end of the season, the three teams with the least number of points in the Plate trophy will face a relegation/promotion round with the winner of Tier ‘B’, with only one team out of the four remaining in the top division. Therefore, from next season, the Tier ‘A’ will consist of only 12 teams.

The number of teams in Tier ‘B’ will remain the same, 12 clubs with three teams facing certain relegation to the lower division – the Governors Trophy. The winner of the 2019/2020 Governors Trophy, Unichela Sports Club is almost certain to earn a promotion to Tier ‘B’ next season.

By the 2021/2022 season, Sri Lanka Cricket (SLC) intends to have only 10 teams in each Tier A. For the first time, SLC will also play the domestic competition using SG Test balls.

ThePapare.com will provide an exclusive coverage of the entire domestic season with photos, graphics, news, scores, videos and much more.