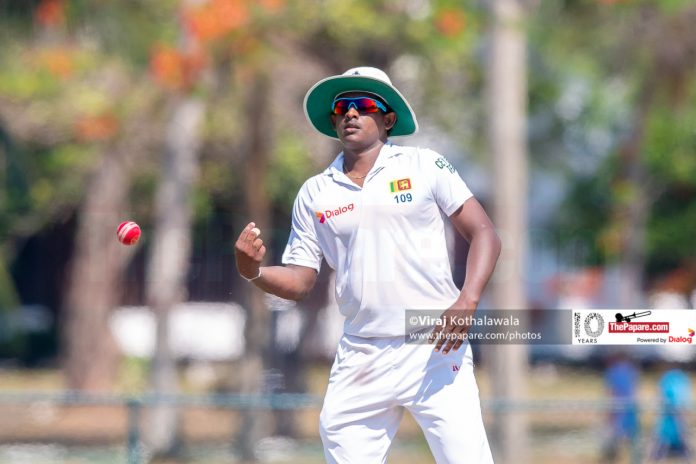 The upcoming Sri Lanka Cricket (SLC) first-class tournament will be played using the Sanspareils Greenlands (SG) Test balls instead of the Kookaburra balls.

The Major League Tier ‘A’ and ‘B’ tournaments 2019/2020 which begin on the 31st of January will see the use of SG Test balls for the very first time in Sri Lanka.

“As per the recommendation by the Cricket Committee, we will be using SG Test balls from this season onwards for the three-day and four-day competitions.” Head of Domestic Cricket at SLC, Chinthaka Edirimanne told ThePapare.com.

“We have not decided whether we will play home Test matches using SG balls. After we play this season, we will take a call whether to continue playing with SG balls in domestic cricket as well as whether to change the ball to SG from Kookaburra in home Tests.” He further stated.

India is the only Test playing country in the world which uses SG Test balls regularly in their domestic competitions whereas Bangladesh uses both Kookaburra and SG balls at first-class level.

For quite some time, India have been playing their home Test matches using the SG balls but some Test regulars such as Virat Kohli, Ravichandran Ashwin and Umesh Yadav have raised concerns over the quality of the SG balls recently.

Former captains such as Ricky Ponting, Michael Atherton and Nasser Hussain have advocated the use of Duke balls across the world as it offers the most to all bowlers consistently.

As per reliable sources, former Chief Cricket Operations Officer at SLC, Asanka Gurusingha was at the forefront of making this change happen despite the obvious question marks over the quality of SG balls.

The 2018/19 first-class season saw plenty of batting records being broken. The Tier ‘A’ competition saw 15 double centuries and 129 tons being scored last season, which is by far the highest in a single season in Sri Lanka.

It is understood that the change of balls was taken in order to give some joy to the bowlers for the upcoming season and bring about some balance between bat and ball. However, as per early signs leading up to the start of the competition, the coaches and players aren’t very pleased with the quality of the SG balls.

Some claim they lose their shape quite early and don’t retain their shine like the Kookaburra balls. But, it’s still too early to judge, hence it’s wise to wait until the tournament gets underway properly to see whether this experiment will be fruitful for the betterment of domestic cricket in the country.