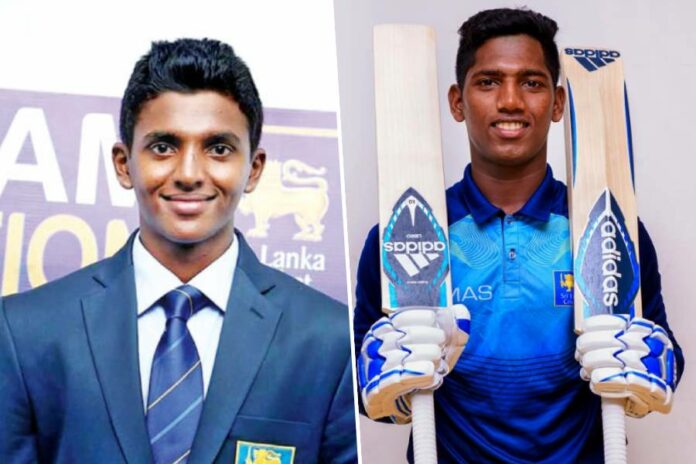 Billy Mead, the wicketkeeper on debut for Kent, scored the 3rdcentury of their innings as he ended up unbeaten on 106. In reply, Sri Lanka finished Day 2 in a commanding position of 201/1 as Lasith Croospulle and NishanMadushka put on an unbroken stand of 187 for the 2ndwicket.

Day 2 of this 4-day encounter began with the hosts Kent in the driver’s seat, as the Sri Lankan bowlers tried to clean up the tail as quickly as possible. However, the Kent tail showed a great deal of resistance and support to the only remaining batsman Billy Mead. Hamidullah Qadri and Mead added 47 more runs to the total of Kent, before Nipun Malinga removed Qadri as his first wicket of the match. Qadri scored 34 off 81 in a partnership of 72 for the 7th wicket. Kent number 9 Harry Podmore joined Mead in the middle, and what followed was an irritating period for the Sri Lankan bowlers. The combination of Podmore and Mead combined added 106 runs for the 8th wicket, as Podmore brought up his 4th first class half-ton and Mead got closer to a century on first class debut. Yasiru Rodrigo then finally took his 2nd wicket to send Podmore back to the pavilion and end the partnership. However Mead, who continued to accumulate runs, finally passed the 100-run mark to make his first class debut a memorable one. A short while after Mead’s century, Kent decided to declare on 595 for the loss of 8 wickets.

Sri Lankan Emerging XI openers, Skipper Nipun Dananjayaand Lasith Croospulle began their pursuit of 595, but the opening stand did not last long as Harry Podmore removed Skipper Nipun for just 8 runs. With an early wicket down, wicketkeeper-batsman Nishan Madushka joined hands with Lasith Croospulle. From that moment onwards it was a complete clinic of high class batsmanship by both Nishan andLasith, as the experienced bowlers such as Darren Stevens, Harry Podmore and George Linde did not have any answer to the counterattacking fearless brand of Cricket these two youngsters played. Nishan raced his way to a remarkable century during the final over of Day as he cleared the boundary against Linde to reach his 4th first class ton. Lasith,who complemented Nishan well, ended the day on 86, looking forward to a third day filled with a century for his name. Thanks to this 187-run unbroken partnership, Sri Lanka ended Day 2 on 201 for the loss of one wicket. The Sri Lankan batters will arrive on day 3 with a lot of confidence while Kent, though not having had the best time while bowling so far, will be looking forward to change their fortunes around.