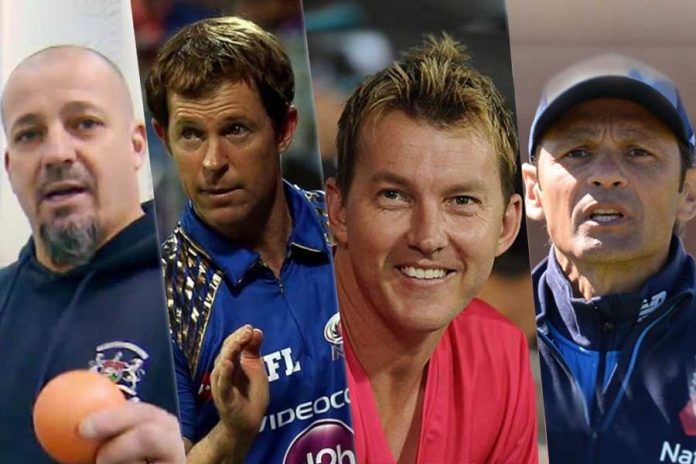 Sri Lanka Cricket (SLC) is set to finalize the vacant coaching roles in the national team next month.

The national team, currently on tour in Australia for three T20Is, is most likely to have a new head coach before they take on Pakistan in a two-match Test series in December.

Since the fallout with Chandika Hathurusingha before the New Zealand tour in August, former fast-bowling coach, Rumesh Ratnayake has been spearheading the national team as the interim head coach.

Hathurusingha’s contract has already been terminated by SLC and the former Sri Lankan batsman is expected to fight his case in the Court of Arbitration for Sports in Switzerland.

After the World Cup, SLC did not renew the contracts of several foreign experts including those of  batting coach Jon Lewis and fielding coach Steve Rixon. Therefore, for the past few months, former Sri Lanka ‘A’ player, 49-year old Ruwin Peiris has been working as the batting coach, while Manoj Abeywickrama has continued to be a part of the national team as fielding coach.

An interesting inclusion to the national team’s coaching setup was the experienced Jerome Jayaratne, who resumed coaching after a lapse of three years. As a consultant coach, Jayaratne has seemingly managed to add plenty of calmness, confidence and self-believe to the players over the last two months.

Before working as an administrator in the capacity of the Chief Operating Officer at SLC, Jayaratne has been involved in several positions in the Coaching unit since the early 2000s.

SLC is in the belief that Jayaratne is more suited as a coach than an administrator, hence he is expected to be named High Performance Manager at the SLC Coaching department at Khettarama, replacing Asanka Gurusinha, who has not received a new contract from SLC.

“We are still in the process of finalizing the vacant positions. However, we’re clear on who we will choose in order to bring the best out of our national team.  We’re looking at bringing in consultant coaches for fast-bowling, spin-bowling and fielding to help the national team as well as our ‘A’ team, Emerging team and everyone involved with the national cricket setup”, a senior official at SLC told ThePapare.com.

As per reports, SLC is in the final stages of negotiations with former England batting coach and player, Mark Ramprakash to become Sri Lanka’s next head coach.

The head-hunters at SLC had several coaches in contention to take on the role, like Mike Hesson, Tom Moody, Russel Domingo, Paul Fabrace and Dean Jones but due to the bad reputation of the ‘hire & fire’ attitude of SLC over the last few years, the Shammi Silva-led cricket executive committee have reportedly failed to come into favourable terms with them.

Ramprakash, 50, was contracted until September with the England Cricket Board (ECB) but was sacked as batting coach in March after working for almost five years. He played 52 Tests and 18 ODIs for England between 1991 and 2002.

If SLC finalizes the agreement with Ramprakash, Rumesh Ratnayake may well have to go back to working as bowling coach.

Contrary to the reports emerging that former Australian quick, Brett Lee will be appointed as fast-bowling coach of the Sri Lanka team, as per reliable sources at SLC, he is expected only to be a fast-bowling consultant for SLC on a contractual basis due to his other work commitments.

If, SLC manages to pen a deal with 42-year old Lee, he will conduct various programs in the island to develop the fast bowlers along with former Pakistan legend, Wasim Akram. Regarded as one of the best left-arm fast bowlers ever to grace the game, Akram was previously roped in as a fast-bowling consultant by SLC in 2016.

One of the best fielders ever in the modern game, Jonty Rhodes, who had applied for the Indian team’s fielding coach position recently, has also been in touch with SLC over the past few months. He is also expected to conduct a few training programs for SLC and work as a consultant coach to improve the fielding standards in the entire setup of Sri Lanka Cricket.

With two T20 World Cups in the horizon over the next 24 months, SLC have also given a thought of contracting 50-year old Englishman Julian Wood, who is an established ‘Power Hitting’ coach. He has worked with England Cricket on and off over the past two years, working with their limited-overs batsmen.

As SLC didn’t renew the contract of Piyal Wijetunge, who had worked as SLC’s leading Spin Bowling Coach for more than 10 years, the cricket administration in the island is also believed to be working on roping in former Pakistan spinner, Saqlain Mushtaq as a consultant coach.

The 42-year-old off-spinner, who bagged a total of 496 Test and ODI wickets for his country, worked with the World Cup winning England team recently as a spin bowling consultant.

With none of the new coaching appointments officially announced by SLC yet, expect a complete revamp in the national team’s coaching unit in November.

The Sri Lankan national team will have no international cricket after the third T20I match against Australia on the 1st of November until the second week of December when they’re scheduled to play a couple of Tests against Pakistan.

Stay logged onto ThePapare.com, as we bring you more updates on these expected coaching appointments.