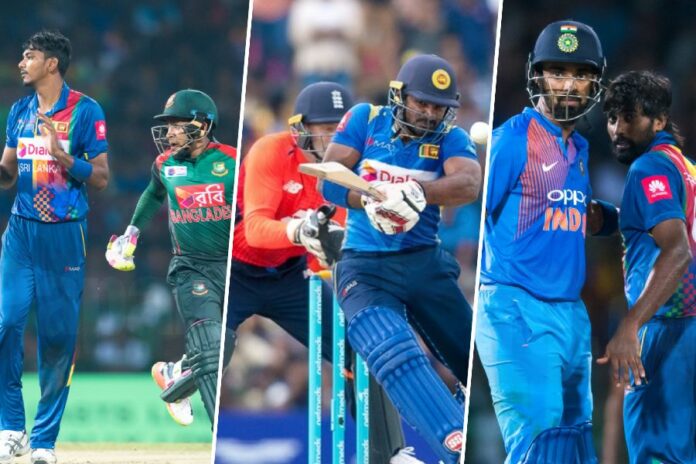 The Sri Lankan limited overs cricketers will have a busy schedule ahead with at least three tours confirmed in the coming three months.

The team led by Kusal Perera will first fly to Bangladesh later this week to play three ODIs, which is a part of the ICC Men’s Cricket World Cup Super League. The matches will be played behind closed-doors.

With the travel restrictions and bio-secure environments in place, Sri Lanka will then fly to the United Kingdom on the 12th of June with the T20Is to be played first as preparation for the upcoming ICC T20 Cricket World Cup. Afterwards, the three ODIs to be played against the current World Champions, will be a part of the ICC Men’s Cricket World Cup Super League as well.

The Sri Lankan team will play in front of fans for the first time since the start of the Covid-19 pandemic as England will be relaxing their Covid restrictions for outdoor sports venues from next week onwards, allowing a maximum of 10,000 fans.

Soon after the conclusion of the England tour, the Sri Lankan team will return to the island and will remain in the team bubble before taking on the Indian team, which is believed to be a second-string side, comprising only the limited-over specialists. The visiting Indians will play three ODIs and three T20Is against the islanders.

Read : Sri Lanka to play India at home in July

ThePapare understands that the entire Indian tour commencing on the 13th of July will be worked out in Colombo at the R. Premadasa International Stadium, which is set to host international matches after a lapse of 2 years having completed its renovations.

As per reliable sources, the 2nd edition of the Lankan Premier League will be worked out after the India tour even though the dates aren’t confirmed yet. There were discussions of allowing up to 50% of the capacity for the fans in Colombo for the Indian tour. However, the recent spike in the Covid-19 cases may interrupt the plans of Sri Lanka Cricket (SLC). A final decision on the fans will be taken later on considering the situation.

*Sri Lanka vs India – fixtures yet to be released officially