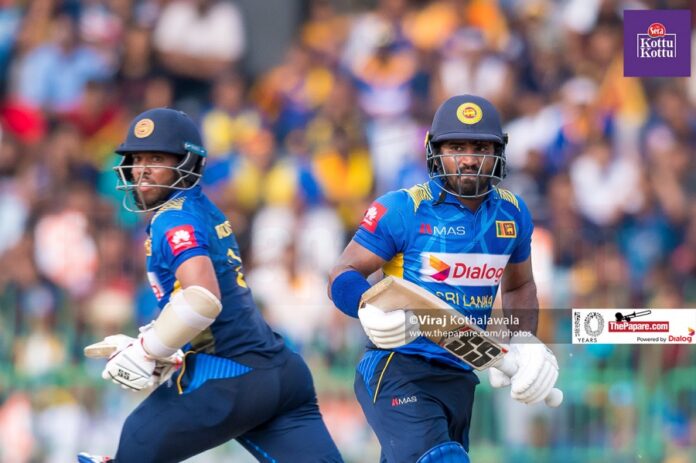 The dashing left-handed wicket-keeper batsman is set to become the 24th ODI Captain for Sri Lanka as the national selectors have decided to drop Dimuth Karunaratne from the ODI setup. Karunaratne, who was appointed as the captain in 2019, led Sri Lanka in 17 ODIs, captaining in 10 wins and 7 losses.

Read: Sri Lanka to tour England for 3 ODIs and 3 T20Is

The most recent ODI series against West Indies, which was a part of the ICC Men’s Cricket World Cup Super League, saw Sri Lanka thrashed 3-0 under Karunaratne. Despite his success in the longest format of the game, as a player and as a captain, the selectors are of the view that he does not warrant a place in the ODI setup. He opened the batting in the West Indies along with Danushka Gunathilaka, who has been retained in the squad along with Pathum Nissanka and Ashen Bandara, who made their international debuts in the same tour.

With Kusal Perera and Avishka Fernando set to make a comeback into the ODI setup, after missing out on the West Indies series due to injury and fitness concerns, the selectors have also reportedly decided to take a ‘Youth first’ approach by dropping two former captains and stalwarts, Angelo Mathews and Dinesh Chandimal from the squad along with Karunaratne. Thisara Perera, who recently retired from international cricket was also facing the axe along with experienced seamer Suranga Lakmal.

Following the impending appointment of Kusal Perera as captain, the selectors have also reportedly decided to recall Kusal Mendis to the ODI lineup and give him an added responsibility of being the vice-captain of the side. All-rounder Dasun Shanaka, who is the current T20I captain, was also another candidate discussed for leadership roles in the 50-over format.

The squad picked for the Bangladesh tour are set to undergo a fitness test on Monday, 10th May and will depart for Bangladesh on the 16th of May with the three ODIs to be played in Mirpur, Dhaka on the 23rd, 25th and 28th of May. Following the conclusion of the Bangladesh tour, Sri Lanka is set to tour England for three T20Is and three ODIs. The T20Is will be worked off on the 23rd, 24th and 26th of June, while the 50-over matches will be played on the 29th June, 1st July and 4th July.

The selectors have reportedly decided to include left-arm quick, Binura Fernando in the touring party for Bangladesh tour following his brilliant performance in the SLC Major Clubs Limited Overs Tournament 2021, where he finished as the highest wicket-taker with 23 scalps in 8 matches for Ragama Cricket Club. He picked up 15 wickets in 7 matches in the T20 competition as well.

Right-arm quick, Shiran Fernando, who picked up 14 wickets in 6 matches in the SLC Major Club T20 Tournament 2021 has also been included along with fast-bowling all-rounder Chamika Karunaratne, who has excelled with both bat and ball in the recent domestic tournaments.

Experienced Isuru Udana is also set to make a comeback for the Bangladesh tour to spearhead the seam attack along with Asitha Fernando and Dushmantha Chameera. Right-arm wrist spinner Wanindu Hasaranga will be the first-choice spinner in the limited-overs format along with Lakshan Sandakan, Akila Dananjaya and Ramesh Mendis, who are all set to travel to Bangladesh.

Young uncapped players such as Charith Asalanka, Kamil Mishara, Dhananjaya Lakshan and Maheesh Theekshana have all been included in the larger training squad for the upcoming tours along with T20 specialists in batsman Bhanuka Rajapaksa and fast-bowling all-rounder Thikshila De Silva.

*The squad for the tour of Bangladesh is yet to be announced officially.