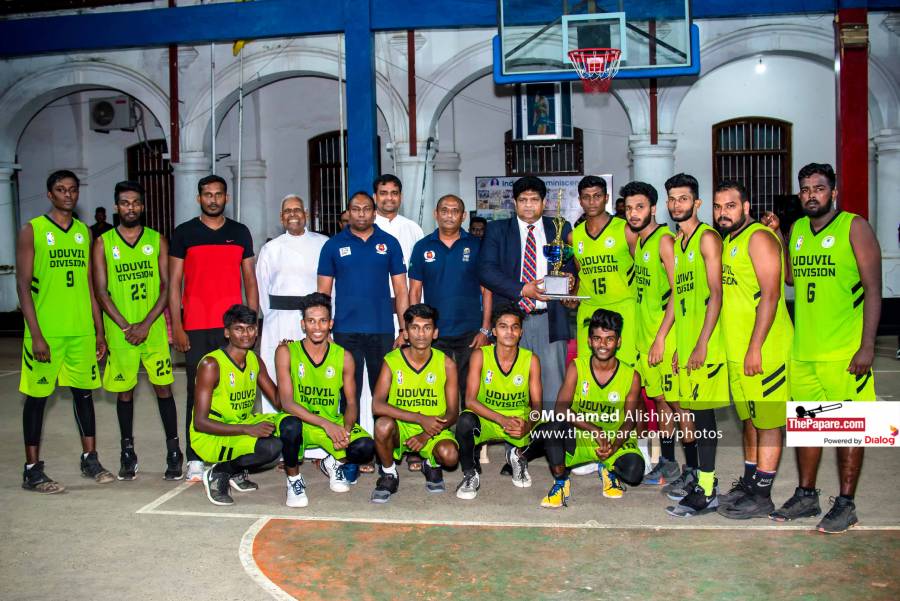 The Finals of the 52nd Senior Nationals – Level II was worked off today (26th January) at Herbert Stadium, Batticaloa.

The much-anticipated men’s final tipped off with the visitors gaining a two-point advantage at the end of the maiden quarter 20-22. It was an equally matched up contest as both the sides opted to play fast-paced basketball. It was the unforced errors that made the difference in the score-board.

However, stepping into the second quarter JDBC missed out on a couple of offensive possessions back-to-back which helped the Batticaloa lads to get the lead back. JDBC added 18 points to the quarter while BDBC topped up with 22 points.

JDBC needed to work better in finishing the offensive possessions as many shots were missed off the rim. BDBC led the game into lemons at 42-40.

After the ten-minute break, there wasn’t a difference in the playing style of JDBC with pressure mounting on the lads began to miss shots and conceded more points. BDBC added another 22 points into the score-card and JDBC only managed 16. BDBC capitalized on the fast-breaks and the three-pointers which gave them the upper-hand.

However, stepping into the final six hundred seconds of the game, the Jaffna lads needed to change their ways to cross the winning line. Turning tables around JDBC’s transition from defense to offense increased their pace as they went on to rack 26 points for the quarter.

With pressure building, the home-team continuously missed out on connecting the ball and the nets which gave them a mere 11 points in the final quarter. JDBC’s fast-break play completely outsmarted the opposition defense which aided them to cross the line with a thrilling 07-point win.

SLU commenced proceedings strongly from the tip-off scoring a dozen points in the maiden quarter. KDBC only managed 09 points. Both sides were equal in height, the difference was in shooting. KDBC was missing the most crucial lay-ups and open mid-rangers which put them off the game.

Stepping into the second quarter, the dominance from SLU continued as they added another 16 points and went on to lead the game at lemons. KDBC only managed ten-points. KDBC`s missed most of the rebounds in terms of both offensive and defensive aspects. It allowed SLU lasses to opt for second chances and score as they pleased.

After the ten-minute break, KDBC seemed to revitalize themselves and tightened their defense inside the first five minutes of the penultimate quarter. That helped them to cut the deficit and flow the offense, but towards the latter part of the quarter, the momentum seemed to drop. SLU went on to add another 16 points while KDBC managed 14. The quarter ended 33-44 in favor of SLU.

In the final quarter, things seemed to turn around for KDBC as they went on to add 10 points. Even though they added points their defense slipped 11 more points for SLU to build up a concrete lead to grab the winning title of the 52nd Senior -National – Level II Tournament.