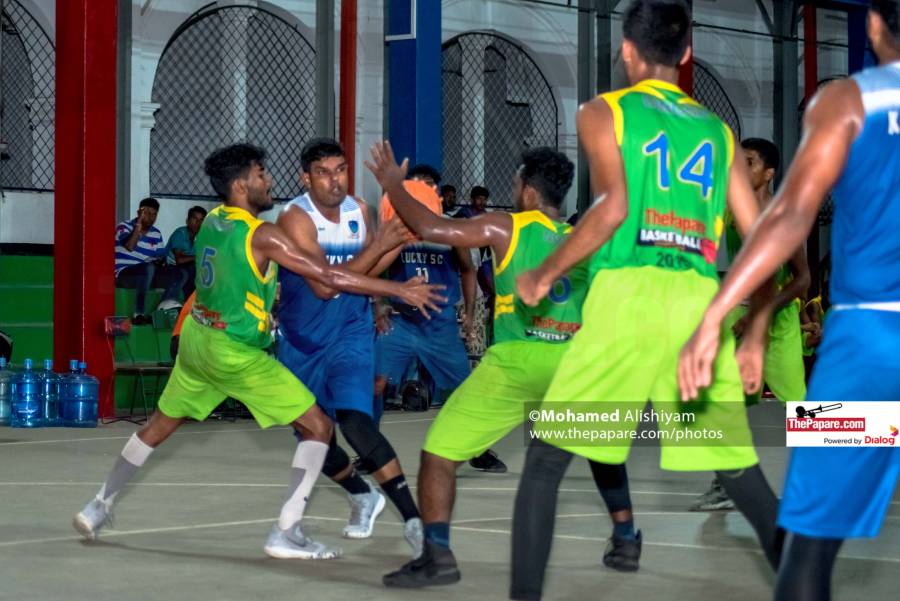 The evening half of the second day of 52nd Senior Nationals – Level II tipped off at Miani Technical College and the Herbert Stadium in Batticaloa.

The first match of the evening was played between Rathnapura District BC (RDBC) vs. Batticaloa District BC (BDBC) women`s teams. It was a close wrangle between the lasses as the match ended with a 04-point win for the d Batticaloa girls.

The maiden quarter was won by BDBC by a point, 13-12. RDBC stepped back into the match, scoring 14 points in the second quarter but they conceded 10 points. It was in the third and the fourth quarters that BDBC dashed to the victory line, adding 15 and 21 points respectively. RDBC only managed 07 and 22.

The rest of the three matches scheduled for the evening were played at Herbert Stadium. The Kandy District BC (KDBC) opened the evening playing against Anuradhapura District BC (ADBC). The ADBC lads led the maiden quarter by 07 points, scoring 20 in reply to the 13 points of the opposition.

The Kandy lads did make a minor comeback into the game as they went on to score 16 points in the second quarter while Anuradhapura only managed 14. Despite this, the first quarter lead helped the them to remain leading at lemons, 34-29.

Once more, ADBC went on to add another 20 points in the penultimate quarter. Even though KDBC added 15 points, the leakage of points was so immense that the lead slipped away. The final quarter showed both the teams playing a slow-paced game as ADBC scored only 10 points.  KDBC only managed a mere 09. Thus, the hill-country lads were swept clean at full time, 64-53.

The second match was set between the Batticaloa District BC (BDBC) and the Kurunegala District BC (KDBC) men’s teams. KDBC gave a tough-fight to the unbeaten home side as they trailed by 03 points at the end of the maiden quarter, 20-23.

Even though the first quarter was marginal, it was no match to the high-intensity game-play of the BDBC lads. They went on to add 22 points to the second quarter while KDBC only managed 14. The game was held tight by BDBC as they added another 20 points in the penultimate quarter. The Kurunegala boys never regained the lost momentum as they only scored a dozen points.

The final quarter of the match was dominated by the home-side with another 14 points while the opposition scored 11 points. Final scores read in favor of BDBC, 54-80.

The final match for the day was played between the Galle District BC (GDBC) and SL Universities (SLU) men’s teams. GDBC won the match, 62-55

The semi-finals of the tournament will be worked off tomorrow (26th) at Miani Technical College and Eastern University Sri Lanka while the finals will be played at Herbert Stadium.