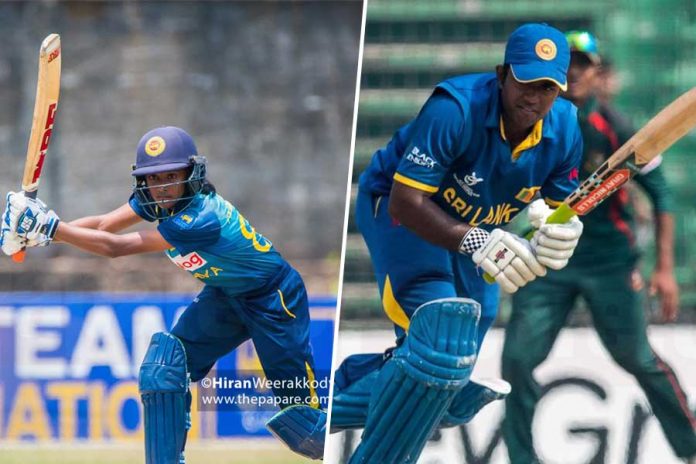 Sri Lanka Cricket has announced its Men’s and Women’s squads for the upcoming South Asian Games which is to be held from 01st to 10th December 2019 in Nepal.

As the cricket teams representing countries at the SAG 2019 should be comprised of players who are under 23 years of age, Sri Lanka Cricket has named squads with plenty of young talent under captains, Charith Asalanka and Harshitha Madavi.

Asalanka and Madavi who are also the captains of the current Sri Lanka emerging squads will have a huge task on their hands to bring Sri Lanka two Gold medals as strong contenders for medals like India, Pakistan, Bangladesh will also appear in the tournament.

Most of the members of the Men’s squad will also be playing in the upcoming Emerging teams Asia Cup 2019 which will be held in Bangladesh from the 14th to the 23rd of November before this tournament and it will also be a great preparation for the U23 boys.

Meanwhile, the Women’s squad will also be featuring a lot of members who are part of the ongoing Emerging Women’s Teams Asia Cup which is being held in Sri Lanka.

The tournament will be conducted as T20s and this will be the 2nd time cricket is included in South Asian Games as the 2010 edition saw an Ashan Priyanjan led Sri Lanka Men’s team winning a silver medal, going down to Bangladesh in the final.

Interestingly, with the participation of 5 Asian Test nations and hosts Nepal, who earned ODI status in 2018, this year’s South Asian Games cricket tournament will be highly competitive. The other two teams that will feature in SAG 2019 are Maldives and Bhutan.