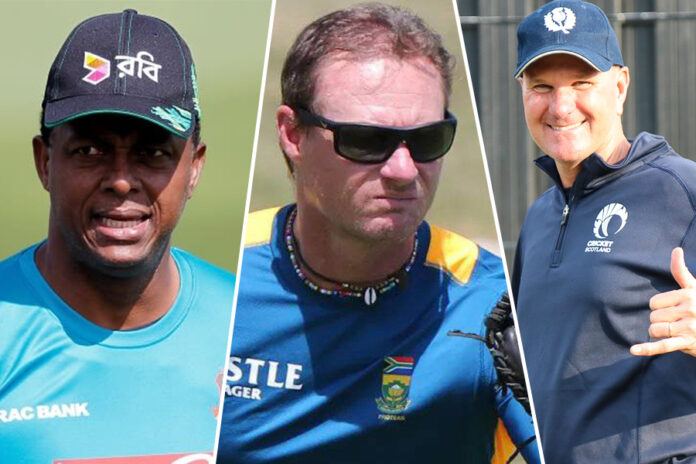 Calling in application for the vacant Sri Lanka head coach position ended on 14th December and it is reported that around 30 candidates have applied for the post.

The six-member panel which consists two members from cricket advisory headed by Aravinda de Silva, CEO of SLC – Ashley De Silva, Human Resource Manager of SLC, SLC Director of Cricket – Tom Moody and Mahela Jayawardene, the consultant coach of Sri Lanka national cricket team will prune the candidates’ list to six before calling them for interviews to select the most suitable candidate.

In addition, many Sri Lankan coaches and number of candidates from Australia, England, South Africa and New Zealand have showed their interest submitting the applications.

SLC are seeking to fill the vacant position before Sri Lanka’s next assignment against Zimbabwe, but if they unable to do, they would appoint an interim coach for that series.

Zimbabwe cricket team set to arrive the island on 7th or 8th January to take part in 3-match ODI series which is part of ICC Cricket World Cup Super League. The ODI series is most likely to be held on Pallekele international cricket stadium from 16th January to 21st January.

The proposed schedule for Zimbabwe tour of Sri Lanka