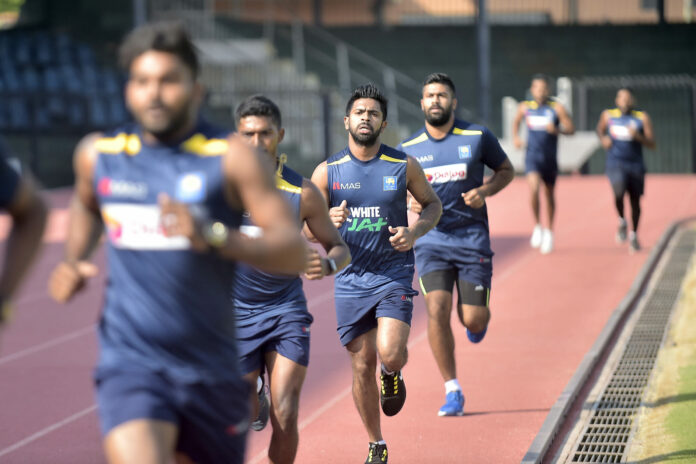 Sri Lanka Cricket (SLC) are set to introduce new fitness benchmarks for all the men’s teams from January 2022, ThePapare learns.

The tougher fitness benchmarks will be for the 2-km run and the skin-fold test. All 60 contracted players have been informed by the Sri Lanka Cricket Physical Performance unit that the first of the four fitness tests for 2022 will be conducted on 7th of January.

I can still bowl but can’t run 2km

“We don’t want any complacency from players when it comes to fitness. We need them to improve every passing day and this is why we have set new benchmarks. Besides the fitness test, we will also test their skills, to see whether they are ready to play,” Chairman of Selectors, Pramodya Wickramasinghe told Sunday Times.

The fitness levels of the national cricketers improved massively over the last few months with the introduction of a fitness criteria to the performance-based contracts. Also, passing the aforementioned fitness tests were made mandatory by the selectors for any national, ‘A’ team or U19 tours.