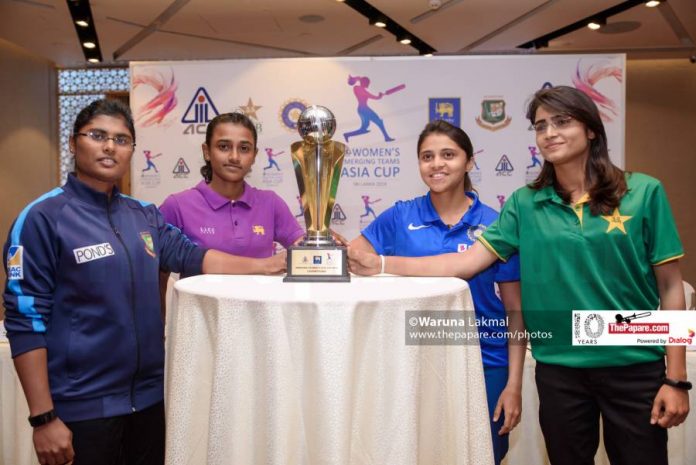 Sri Lanka will host the India, Pakistan and Bangladesh emerging women’s teams in the first-ever Women’s Emerging Asia Cup, in two venues situated in Colombo from the 22nd to 27th October.

The four-teamed tournament will be played in a league basis where all four teams will play each other and the top two at the end of the league stage will play the finals at the R. Premadasa International Stadium.

The tournament is basically an under-23 tournament where four players, who are above 23 years of age can be a part of the squad and 3 can play in the XI.

The games will be played at Thurstan College grounds and R. Premadasa International Stadium.

Sri Lanka squad for the tournament is led by the up and coming star Harshitha Samarawickrama who has an ample amount of international experience. Hasini Perera, Imalka Mendis, Madushika Meththananda and Malsha Shehani are the four players who are above 23-years of age in the squad and all of them have represented the country in women’s international games. Hasini is the most experienced out of the lot and her input will be vital for the youngsters in the squad.

“I have a well-balanced side and there are 8 national players in the 15-member squad and that’s a huge support to me. We have been practicing for the past month and a half with this lot and are well prepared for this tournament. I am hoping to give my maximum as the captain and bring out the best of their performances from my players.” – Harshitha Samarawickrama