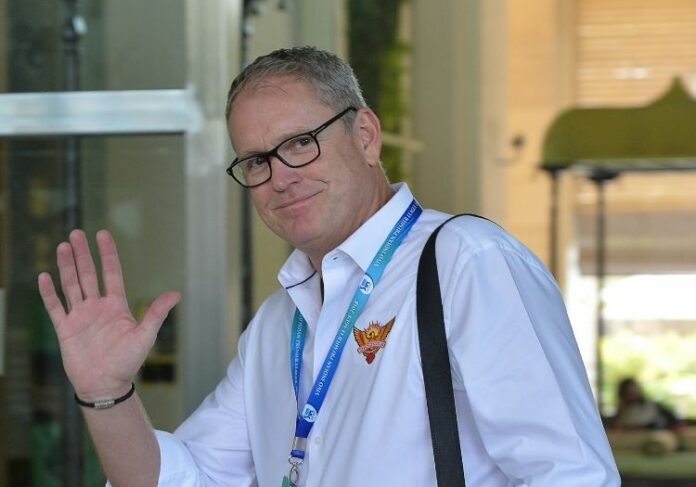 Sri Lanka’s most successful cricket coach Thomas Mason Moody is set to return to Colombo for a new stint as Director of Cricket. The newly created position has been suggested to Sri Lanka Cricket by the Cricket Committee headed by Aravinda de Silva and comprising some of the all time greats of the sport.

All cricket related matters of SLC will come under the Director of Cricket including coaching, domestic tournaments, development squads, age groups and minute details like minimum fitness standards for centrally contracted players.

The final decision on recruiting the two time World Cup winner is at the hands of SLC’s Executive Committee, but it is learnt that SLC is unlikely to object to the proposal.

The Cricket Director is a position above Head Coach Mickey Arthur and Head of Coaching Jerome Jayaratne. He will report to the Cricket Committee.

Moody’s contract would require him to work in Sri Lanka for 180 days, which allows him to continue his coaching duties at IPL. Currently he is with Sunrisers Hyderabad.

In 2005, SLC under Jayantha Dharmadasa roped in Moody for a two year contract and he proved to be extremely successful. Apart from guiding Sri Lanka to the 2007 World Cup finals, under Moody the national cricket team also won Test matches in England, New Zealand and Pakistan apart from whitewashing England 5-0 in ODIs in their own backyard.

His tenure ended with the 2007 World Cup in the Caribbean and SLC offered him a renewal, but Moody declined pointing out that he needed to spend more time with his young family and returned to his native Perth and was named coach of Western Australia.

The Cricket Committee is also likely to recommend other individuals for coaching roles such as Rangana Herath, Champaka Ramanayake, Ruwan Kalpage and Mario Villawarayan, former players who had worked at SLC before.