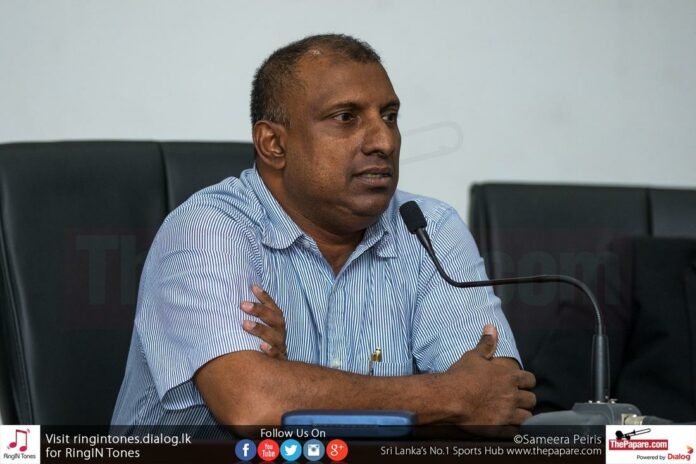 There’s excitement on Friday afternoon following the announcement that former skipper Aravinda de Silva will take over as the Chairman of now defunct Cricket Committee. The Cricket Committee used to be the advisory arm of Sri Lanka Cricket and over the years they had a big say in cricket.  In recent times, this body has become dormant; mainly because former greats didn’t want to get involved.

The present committee will be more than an advisory arm. It is entrusted with restructuring cricket and making the necessary changes to help the national team become competitive again. Former captains Kumar Sangakkara and Roshan Mahanama alongside Muttiah Muralitharan are members of the committee.

“We are here to look at all cricketing matters. Obviously, we need to restructure First Class cricket, but looking at the sport at grass root levels is equally important. We will come up with a short term, mid term and long term solutions to some of the problems we face,” Aravinda de Silva told ThePapare on Friday minutes after the Sports Ministry announced his appointment

Obviously, a lot has been said about the status of our First Class structure where the level of competition has been diluted due to the presence of too many teams playing First Class cricket. A lot of people tend to think that a Provincial Tournament will sort out the issues, but the problem with Provincial Tournaments is that they aren’t regular. So the best way forward is to reduce the number of teams playing First Class cricket. It’s okay to have 12 teams in the Premier League. Any other tournaments including – Tier ‘B’ should not have First Class status.

Some people might argue that in countries like Australia there are only six First Class teams. That’s a valid point, but we have certain clubs that have been playing cricket for over 100 years and they need to be protected as well while making First Class tournament a competitive one. If you really want it, you can reduce the teams in Premier League for eight with a promotion and relegation system.

But what is more important along with a limited Premier League tournament is ‘A’ team cricket. Two decades ago when Sri Lanka were successful in Test cricket – rising up to number two in official rankings with ten Test wins in a row – they had a very strong ‘A’ team.

At that point, the ‘A’ team played at least two series at home and travelled overseas for a minimum of two series. Sometimes, the opponents used to be a national team as well. For example Kenya when they toured here in 2002. It was a cracking side comprising Maurice Odumbe, Steve Tikolo, Thomas Odoyo and others.

The purpose of the ‘A’ team was twofold. Apart from helping up and coming players to bridge the gap between domestic and international cricket, the ‘A’ team was also a place for those players who were dropped from the senior side to go back and fine tune their games and make a comeback. Tilan Samaraweera did it after being dropped from the side and so did Russel Arnold around the same time.

The ‘A’ team had a permanent structure with a full time manager, coach, physiotherapist and trainer. All players were contracted by the board and they were pretty much occupied like the senior team. An effort has been made to tell us that ‘A’ team cricket was neglected due to the pandemic, but the fact of the matter is that the ‘A’ team’s program has been not structured for some time now.

There is also a need to invest heavily on women’s cricket and development squads such as the under-23 team and the under-19 team.

Over the last ten years, women’s cricket has expanded remarkably but Sri Lanka has been slow in keeping pace with rest of the world. Although cricket remains the number one sport in boys’ schools, it is not the case with girls’ schools with sports like netball, basketball, athletics and swimming being the top four sports that girls prefer.

Apart from putting up a structure for girls in schools cricket, there needs to be a club structure as well as there are regular international events for women at present.

The under-19 team too suffered the same fate in recent years like the ‘A’ team while the Under-23 team is non-existent. Unless these age group teams are given regular exposure competing both home and away, we are going to struggle to produce quality players who are able to compete at the top level.

One of the point that came about during India’s stunning recent series win in Australia is that the emphasis they have given for their young players. India ‘A’ tours Australia regularly for bilateral cricket and players are being developed for bigger challenges. We have been ignoring development of our young players for far too long.

These issues have been regularly discussed in cricket circles but authorities did not take serious note of them. It needed an embarrassing series defeat against England to address the issues. It’s not certain what short term measures the Cricket Committee will take to address the slide. One of the foremost things that they should do is to organize a couple of ‘A’ team series with immediate effect. When Bangladesh come in April, there is a good possibility that there will be more embarrassment unless urgent issues are addressed.