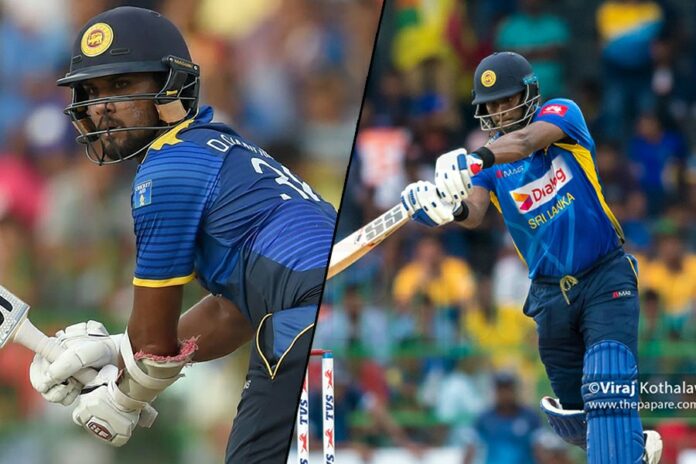 After been put into bat first, Dasun Shanaka’s XI put on a strong batting display, scoring 321 runs for 5 wickets in the allotted 50 overs. Coming to bat at number 3, Dinesh Chandimal scored a magnificent century (149) and remained unbeaten at the end of the innings.

The Skipper Shanaka also chipped in with a useful contribution with the bat, scoring 51 runs off 58 balls, including 3 fours and a six. Speedster Lahiru Kumara and off-spinner Ramesh Mendis shone with the ball for Dimuth Karunarathne’s XI, picking up 2 wickets each.

In reply,  Karunarathne’s XI made 258 runs for 8 wickets as bad light stopped play around 6 pm in the evening. The experienced campaigner Angelo Mathews top-scored with the bat, piling on 121 runs off 128 balls including 11 fours and 4 sixes.

The number three batsman Oshada Fernando also shone with the bat, scoring 57 runs off 71 balls, including 5 fours and a six. The speedster Nuwan Pradeep was the pick of the bowlers for Shanaka’s XI, as he grabbed 3 scalps for 23.