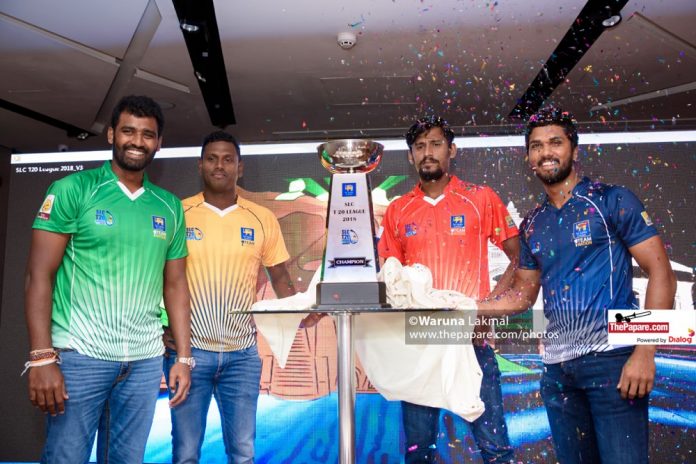 Dinesh Chandimal, Angelo Mathews, Thisara Perera and Suranga Lakmal have been appointed to lead Colombo, Kandy, Dambulla and Galle teams respectively in the forthcoming SLC T20 League which will run from 21st August to 02nd September 2018.

84 players have been named in total, with 21 players in each squad for the tournament.

Each team will play six games in the round-robin stage with the top two teams in the points table qualifying for the final.

All have been reputed coaches over the years at various levels for Sri Lanka cricket. Roy Dias, Avishka Gunawardena and Piyal Wijetunge, have all played for Sri Lanka whilst Sumithra Warnakulasuriya has played first class cricket.

The live action of all the 13 matches can be viewed on ThePapare.com, Dialog TV Channel No.123 and Dialog MyTV.