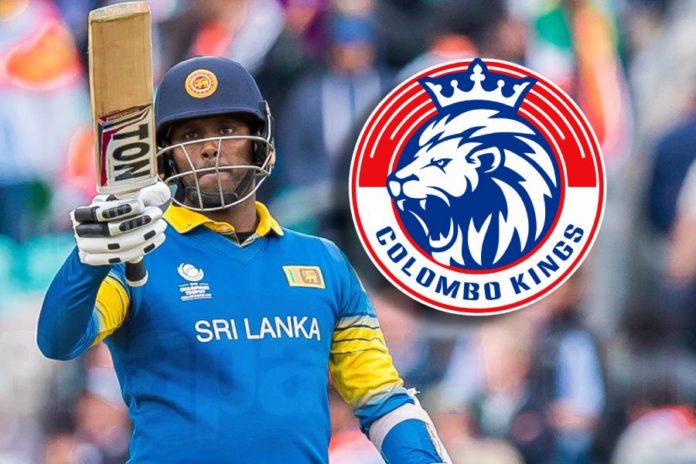 The Colombo Kings, one of the five franchises who will be competing for the inaugural Lanka Premier League Trophy will be led by former Sri Lanka skipper and star batsman Angelo Mathews. The 22-member squad and coaching staff have been finalized eventually after many obstacles.

The franchise was acquired by the Dubai based Indian businessman Murfad Mustafa who owns the company ‘Faza Group’ which operates in the Kingdom of Bahrain, Qatar, Kuwait, Oman and India.

The squad will be coached by former South African opener Herschelle Gibbs who has the experience of coaching T20 Teams in the Bangladesh Premier League and Shpageeza Cricket League (Afghanistan). Gibbs will be assisted by the most successful left arm spinner in the history of the game, Rangana Herath.

The squad has a great blend of experience and youth and will be very well served with experience of Angelo Mathews, Dinesh Chandimal and Isuru Udana who will vouch for more than 400 T20s altogether as well as Andre Russell, who has featured in leagues all over the world.

Mathews who also captained the IPL franchise Pune Warriors India and SLPL franchise Nagenahira Nagas before, will be itching to apply his T20 mastery in his latest assignment, along with the improvement of his fitness skills and bowling skills. Another former Sri Lanka skipper Chandimal who smashed the highest First-Class individual score (354*) in the island‘s domestic cricket history a few months back, has been in great form since then as he ended up as the highest runs scorer of the inaugural Army Commanders T20 League as well.

At first glance, the Colombo Kings squads look like one of the strongest squads in the tournament. Their batting line-up is packed with power with the likes of Andre Russel, Angelo Mathews, Dinesh Chandimal, Lahiru Udara and Ashan Priyanjan. Two uncapped Englishmen, Laurie Evans and Daniel Bell-Drummond have been playing franchise domestic T20 tournaments for many years and are known for their big hitting. Unfortunately, the Canadian batsman Ravinderpal Singh was diagnosed with COVID-19, so his participation in the tournament is in doubt.

Naturally the spotlight will be on the West Indian superstar Andre Russel who had a low-key IPL with the bat for the Kolkata Knight Riders the last month. However, the last time Russel toured Sri Lanka earlier this year, he did some serious damage on his way to 75 off just 28 balls in two innings which included 10 maximums.

One of the most exciting players to watch out for in the tournament will be uncapped Lahiru Udara who had a stellar first-class tournament in 2019/20 season. He became the highest runs scorer of the tournament with 1039 runs at an average of 86.5. He is also the only uncapped local player who was included in the main squad. (Other uncapped players include supplementary players Himesh Ramanayake, Kalana Perera, Tharindu Rathnayaka and Navod Paranavithana)

In the bowling department, Udana and Dushmantha Chameera will be key members while the Kings also have the services of experienced campaigners like Dhammika Prasad and Manpreet Gony. The T20 merchant, Afghan leggy Qais Ahmed will be a great addition to an already strong spin artillery which features one of the leading spinners in the country Amila Aponsu.

The Kings will be playing the curtain raiser of the tournament against the Kandy Tuskers on 26th November at the Mahinda Rajapaksa International Cricket Stadium. 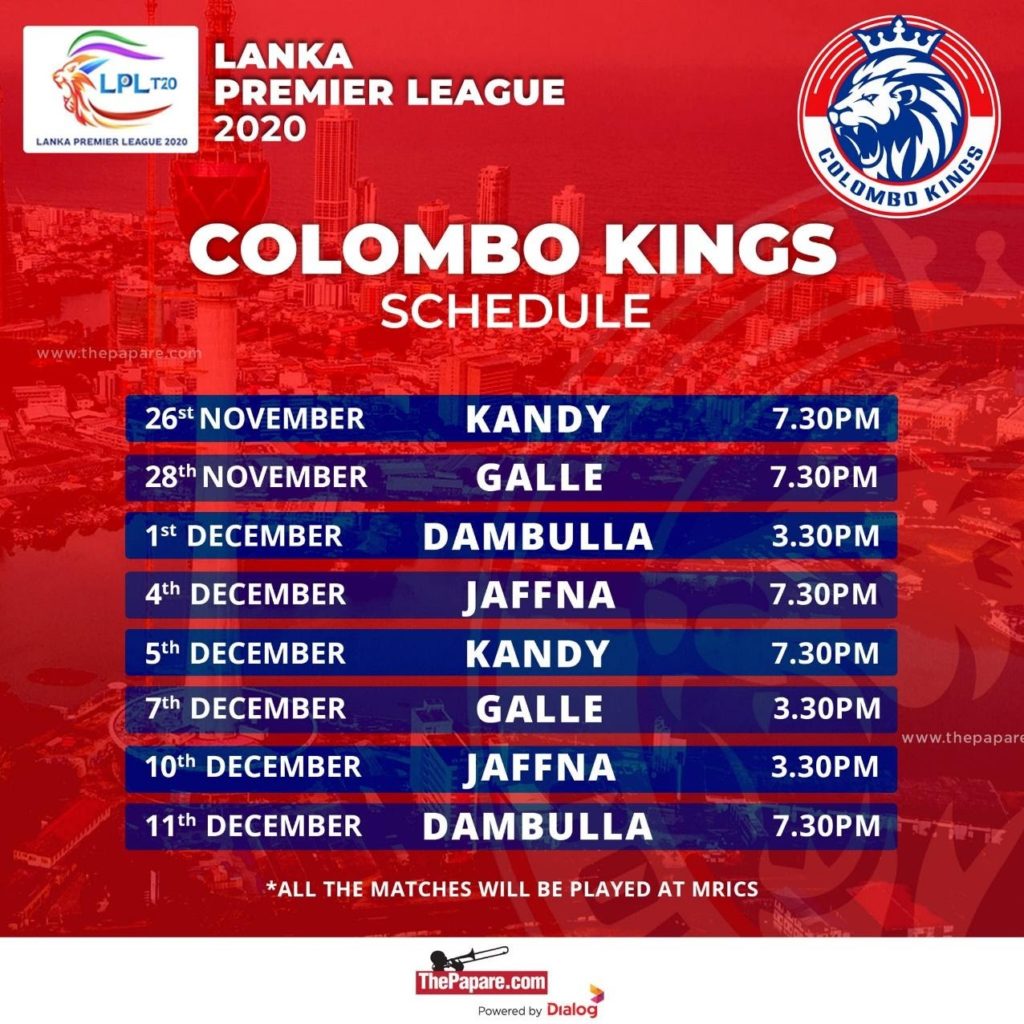